Be humble, it costs nothing 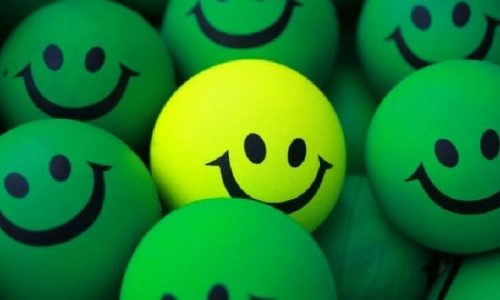 Amitabh Bachchan once narrated an anecdote that he was part of, which when read in all its richness brings the virtues of a down-to-earth extraordinary individual.

Amitabh Bachchan once narrated an anecdote that he was part of, which when read in all its richness brings the virtues of a down-to-earth extraordinary individual.

“At the peak of my career, I was once travelling by plane. The passenger next to me was a simple shirt and trousers-clad elderly gentleman. He seemed middle-class and well-educated.

Apparently, some of my fellow-passengers recognised who I was, but this gentleman appeared oblivious of my presence...He was absorbed in his newspaper.

When tea was served, he sipped it quietly. Trying to strike a conversation with him I smiled. The man courteously smiled back and said, “Hello”.

We got talking and I brought up the subject of cinema. When I asked, “Do you watch films?” he gave a smile and replied, “Oh, very few. I did see one many years ago.” I mentioned that I worked in the film industry.

By the way, my name is Amitabh Bachchan!” The man shook my hand and smiled, “Thank you... nice to have met you...I am JRD Tata!” I learned on that day that no matter how big you think you are, there is always someone bigger. Be humble, it costs nothing.”

It brings the irony in life. We often feel supreme with what little we have achieved. Humility, which is the first of virtues, is the quality of being humble.

When I was a student, we organised a lecture by distinguished economist Dr Ashok Mitra. He taught at the UN Economic Commission for Asia and the Far East in Bangkok, Economic Development Institute in Washington, DC, and IIM Calcutta.

He was the Chief Economic Adviser to the Government of India, and Finance Minister of West Bengal. He won Sahitya Akademi Award for his contributions to Bengali literature. Despite such an illustrious career, he joined us at the meeting hall like a common man. The meeting was delayed.

So, we wanted to take him to the office of the Principal. However, he refused while stating that he had no business to disturb the Principal as he was not there at his invitation. He sat on the bench outside the Principal's room and started striking conversations with the office boys seated there.

Later, when we proceeded to the hall, a professor asked him what he was doing. Dr Mitra replied that he was unemployed thereby not revealing the distinguished credentials he had. The professor did not have the humility to know to whom he was speaking to.

I escorted my students to the then Prime Minister Atal Bihari Vajpayee. We were asked to wait in the lawns of the PM's residence. Vajpayee straightaway walked to us. I was sitting along with my students having no courage to share the dais with the Prime Minister.

That is when I realised how this charismatic leader could win the affection of even those who did not agree with him on issues.

Similarly on the same tour we went to offices of different political parties. We were in CPI (M) headquarters in Delhi around lunch-time. While we were having lunch an old man dressed in winter suit joined us. As per the practice in their office, he too washed his plate after his meals.

To our great surprise we realised that he was none other than the legendary Marxist leader, EMS Namboodiripad, the first elected Communist Chief Minister of Kerala in 1957. In fact, we were in that office specifically to meet him.

Let me also recall another experience. As part of a media delegation, we were accompanying the then chief minister of West Bengal, Jyoti Basu to a public meeting. We had lunch. The officers on protocol having noticed that the stalwart was about to complete his lunch were making arrangements for continuing the journey.

TSS Rajan, the organiser of the meeting later wrote a touching piece on the meeting: A part of us volunteered to do the cooking, and we entered on our duties in the underground cellar and kitchen of the building early in the day so that we might be ready to lay the table at 7:30pm, our dinner time.

At about 2pm, a small, thin, wiry man with a pleasant face joined us in the work and was making himself very useful. He volunteered to do the washing of plates and cleaning of vegetables with such gusto and willingness that we were only too willing to give him the joy of his performance.

Hours rolled on, and there was no abatement in the work turned out by this man. Later in the afternoon we came to know that our unannounced worker was Gandhiji, the chief guest for the evening function.

He continued his work well on into the evening when he helped us to lay the tables and the plates, and serve the dinner we had prepared (www.mkgandhi.org).

It is humanly difficult to emulate such great souls. However, we can at least be alive to the virtues of humility only to keep ourselves on a higher pedestal in life.