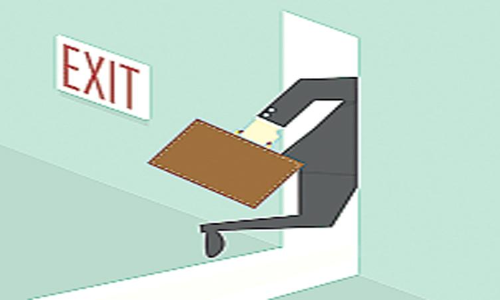 The idea of investing in mutual funds MF is for generating higher or better returns and also to have liquidity so that at any required interval the invested money is available Of course, the fund value at any given instance is a reflection of the funds portfolio performance with respect to the overall market

The idea of investing in mutual funds (MF) is for generating higher or better returns and also to have liquidity so that at any required interval the invested money is available. Of course, the fund value at any given instance is a reflection of the funds’ portfolio performance with respect to the overall market.

Securities Exchange Board of India (SEBI) through its regulations allows MF structure to impose certain costs for the smooth functioning and running of the funds. So, whenever an individual sells a part or some of the fund or units of a MF, certain times you would witness a reduction in the value suggesting exit load.

An exit load is generally expressed as a percentage and within stipulated timelines from the date of investment. This is primarily imposed by the fund houses to discourage investors from making premature withdrawals. This is because each fund has an objective and the realisation of it would take time.

Most fund managers run their funds with long-term horizon and would want their investors to benefit from investing long-term. As the markets are tumultuous and the intermittent performance would vary, when investors sell their holdings, would impact the management of the fund.

This would lead the fund manager to divest their exposures distress leading to erosion of future returns for the existing fund investors. Also, a prolonged and consistent selling behaviour by larger number of investors would lead to panic resulting to liquidity issues in the market in the immediate to short-term.

Hence, the fund imposes an exit load which would act as a detriment for an impulsive decision of the investor to sell and to curtail this irrational decision. This would also align the investor to check for their goal timelines and desist from taking such a call.

Of course, the exit load is not always at a flat rate, it’s also imposed on tiered basis. It’s structured at a higher load for the shorter participation while reducing as the vintage increases and finally without any load beyond a certain point of time. This not only allows the investor to participate for the investor in the longer term but also limit the fund flows according to the fund manager’s estimation.

This is especially true with some of the equity funds where the fund style is mostly value based (which is generally a long-term investing approach) and in accrual debt funds. In the latter funds, the fund appreciation is not usually front-ended, and it pays for being a patient investor in the medium to long term.

In certain funds like liquid funds, overnight funds, etc. the exit load is zero. Earlier, the exit loads were used as an additional income by the fund houses and were utilised for their sales and marketing activities. Later by 2012, Sebi mandated the money collected from the exit loads should go back to their respective funds and compensate the existing investors, if the withdrawals were large.

Later, the rule was amended to add an additional 20 basis points (bps) for each scheme to be retained by the Asset Management companies (AMC) or fund houses. Recently, in June of this year, the regulator during the rationalisation of the expenses has reduced this additional levy from 20 bps to 5 bps to reduce the overall costs of investing in MF.

Thus, exit load is an important factor while considering investing in MF but it shouldn’t be the only factor in deciding to invest in MF. One has to keep in mind that the very presence or lack of an exit load doesn’t make the fund superior or inferior but helps one to understand the expectations of the fund manager from the investor. (The author is a co-founder of “Wealocity”, a wealth management firm and could be reached at knk@wealocity.com)