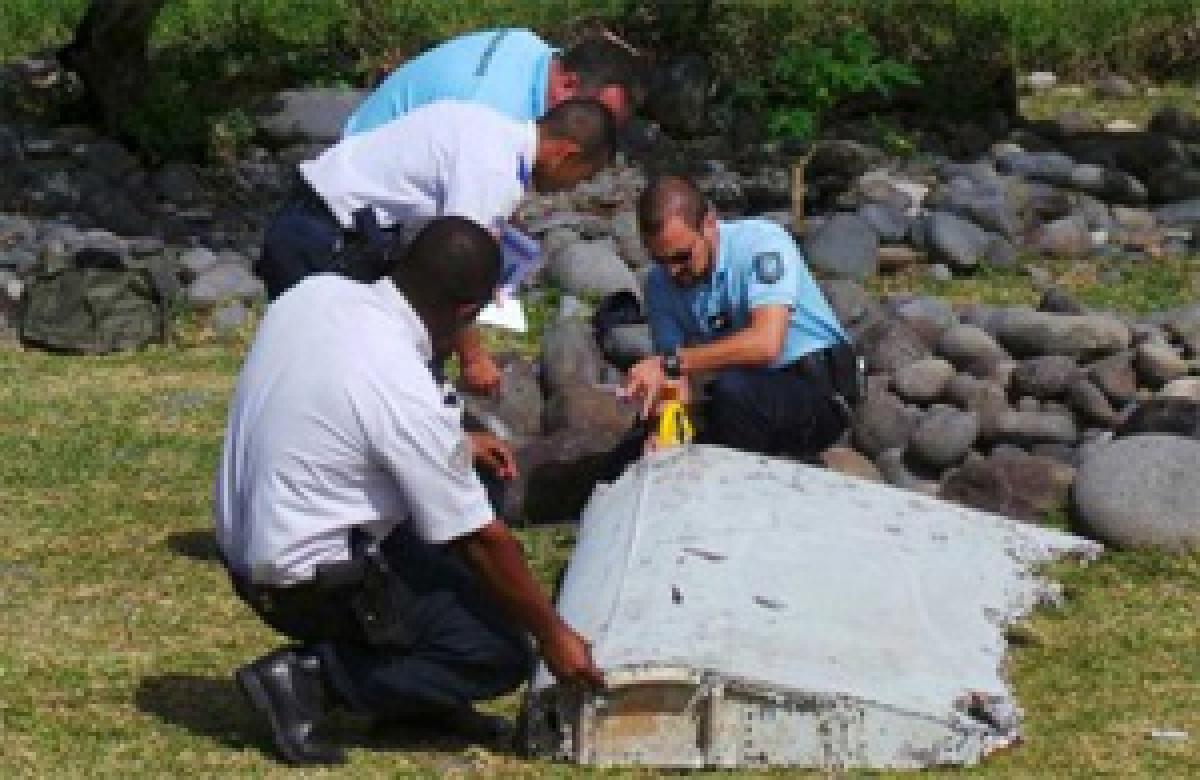 Australia Completes Initial Inspection Of Wing Piece From MH370. An initial inspection of a wing piece from Malaysia Airlines flight MH370 is complete, Australian authorities said on Wednesday, raising expectations that new details about the jetliner that vanished in March 2014 could be released shortly. Sydney: An initial inspection of a wing piece from Malaysia Airlines flight MH370 is complete, Australian authorities said on Wednesday, raising expectations that new details about the jetliner that vanished in March 2014 could be released shortly.

"French authorities will, in consultation with Malaysia, report on progress in due course," the posting added. The flaperon is a wing piece that Malaysian officials have said came from the missing aircraft.

The Boeing (BA.N) 777 disappeared after changing course while en route from Kuala Lumpur to Beijing with 239 passengers and crew on board. It is believed to have crashed in the Indian Ocean off Western Australia in one of aviation's greatest mysteries.

A French prosecutor two weeks ago stopped short of confirming the flaperon is from the missing aircraft, but said there's a "very high presumption" that it is. France's justice department is investigating the flaperon because the piece was found on La Reunion Island, a French overseas department.

It wasn't clear when or how French or Malaysian officials would release details about findings from the initial inspection of the piece. But crash investigation experts cautioned that conclusions from the inspection would be limited.

"It's just a very, very small confirmation that the aircraft was lost in the Indian Ocean," Jean-Paul Troadec, former president of France's BEA crash investigation agency, said in an interview. He said the flaperon, while not intact, does suggest that there was not a violent impact with the water, because impact of other aircraft at high speed led to very small pieces of debris.

"If that were the case with MH370, you could expect pieces being much smaller than the flaperon," he said. The ATSB posting also said officials from Australia, Malaysia and China have proposed a meeting in early September in Canberra to share information and discuss search plans "taking advantage of expected better weather with the onset of summer."