Prime Minister David Cameron\'s hope that Britain would join air strikes against Islamic State (IS) group targets in Syria is fading due to the likely election of anti-war campaigner Jeremy Corbyn as leader of the opposition Labour Party.

Prime Minister David Cameron's hope that Britain would join air strikes against Islamic State (IS) group targets in Syria is fading due to the likely election of anti-war campaigner Jeremy Corbyn as leader of the opposition Labour Party. 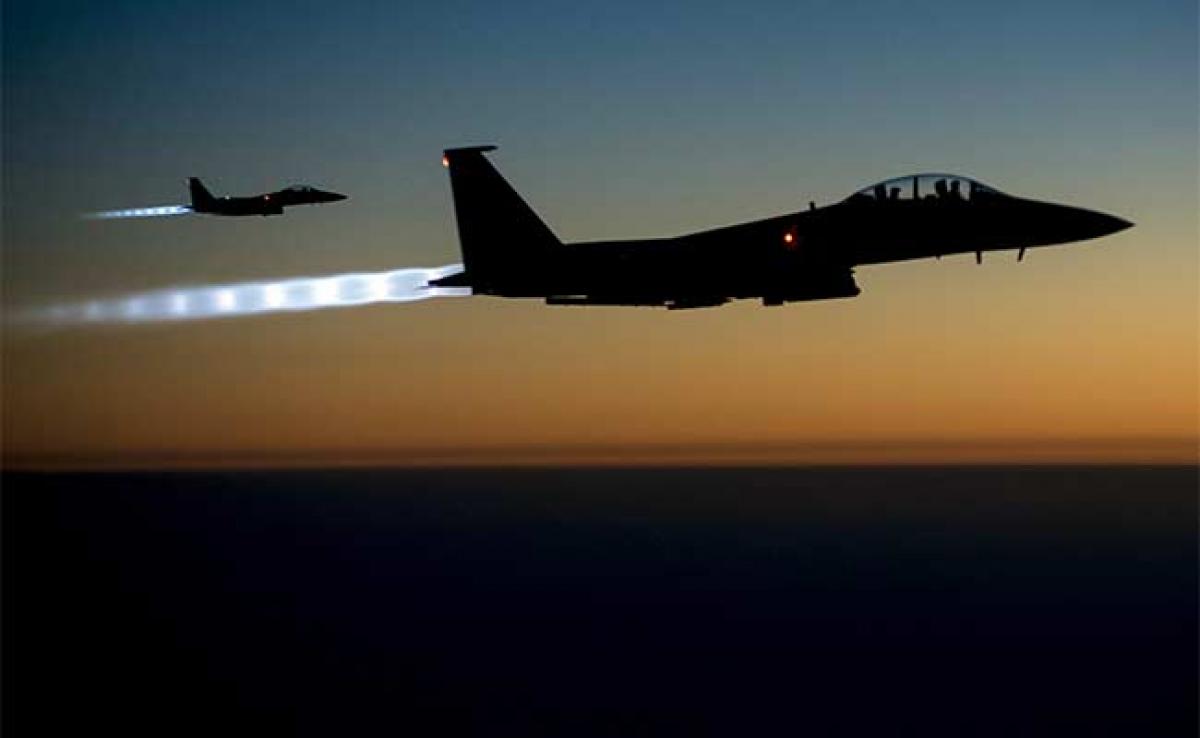 After parliament returns Monday, Cameron's centre-right government had hoped to call a vote on the issue in a bid to extend Britain's current role in coalition air strikes against IS targets in Iraq.
But Corbyn, a leading opponent to the 2003 Iraq war who wants to apologise over the conflict if elected leader of Britain's main opposition party on September 12, is deeply opposed to the move.
"I will only proceed going further on this issue if there is genuine consensus in the United Kingdom about it before going back to parliament," Cameron said during a press conference on Friday.
Cameron stressed that military action against IS was part of the "comprehensive programme" he envisages to tackle the migrants crisis which has seen thousands of people, including many Syrians, flock to Europe.
Lawmakers in parliament's foreign affairs committee are due to discuss possible air strikes on Tuesday.
The prime minister cannot secure the necessary parliamentary approval for air strikes without opposition support due to a slim parliamentary majority and the opposition of some of his own MPs.
"He thinks there is a case for taking further action against ISIL (another term for IS) but he would prefer to proceed in a consensual way," Cameron's spokeswoman told reporters recently.
This looks impossible under a Corbyn leadership.
"I'm not convinced that air strikes in Syria will do any good other than kill a lot of civilians and other people," Corbyn told AFP at a campaign event last week.
Cameron's government was defeated on taking military action in Syria in 2013 in one of the most damaging foreign policy blows to his previous coalition government.
If the veteran leftist is elected Labour leader as expected, it could also pose wider and highly sensitive problems on defence for Cameron.
Asked if there were any circumstances under which he would deploy military forces abroad during a debate Thursday, Corbyn said: "I'm sure there are some. But I can't think of them at the moment."
Corbyn, who was a leading figure in the Stop The War Coalition, which organised one of Britain's biggest ever rallies against the Iraq conflict in 2003, also wants to scrap Britain's nuclear deterrent.
Policy 'on the Hoof'
Cameron's desire to go further in Syria is linked to the jihadist killing of 30 Britons on a beach in Tunisia in June.
He signalled his intention to hold a vote during a visit to the US in July, saying Britain should "step up and do more" in the fight against IS.
Britain is part of a coalition of over 60 countries and has eight Tornado jets flying missions over Iraq, plus Reaper drones.
British pilots embedded with coalition forces have already taken part in a small number of air strikes on Syria.
But Cameron has been criticised for a lack of coherence over his strategy in the region.
David Richards, a former head of Britain's armed forces, has accused Cameron of lacking the "balls" to take action earlier, while the chairman of the House of Commons defence select committee, Julian Lewis, said policy was being made up "on the hoof".
"It is difficult to see any material advantage to the UK conducting air strikes against ISIS in Syria," said Neil Quilliam of foreign affairs think-tank Chatham House, adding it could even fuel support for the group.
Show Full Article
Email ArticlePrint Article
More On
Subscribe
Subscribed Failed...
Subscribed Successfully...