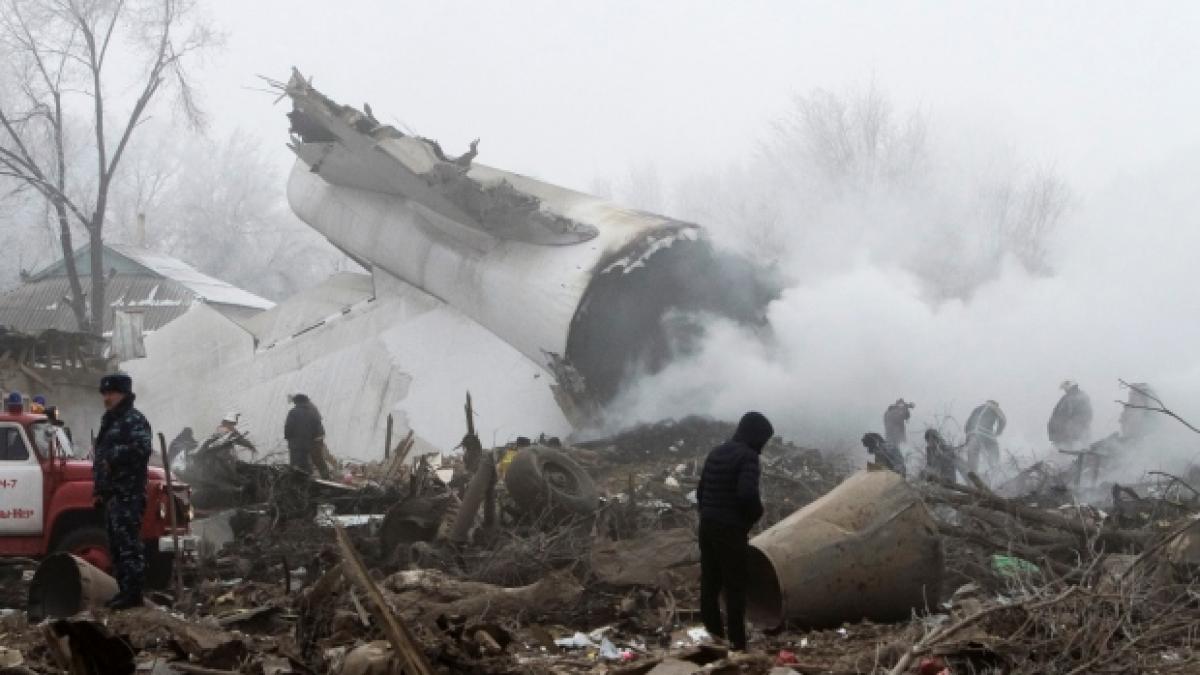 The crash of a Turkish cargo plane in Kyrgyzstan that claimed at least 37 lives on Monday was caused by pilot error, authorities in the Central Asian...

Bishkek: The crash of a Turkish cargo plane in Kyrgyzstan that claimed at least 37 lives on Monday was caused by "pilot error," authorities in the Central Asian country said.

"According to preliminary information, the plane crashed due to a pilot error," deputy Prime Minister Muhammetkaly Abulgaziev said at a briefing broadcast on state television.

The Turkish Boeing 747 crashed just outside the Manas airport, south of the capital Bishkek, on Monday morning killing people in the residential area adjacent to the airport as well as those on the plane. Images from the scene showed the nose of the plane stuck inside a brick house.

More than a thousand rescue workers were working on the scene by late morning in the residential area where 15 houses have been destroyed, Deputy Prime Minister Mukhammetkaly Abulgaziyev said.

Until 2014, the US military operated a military installation at the Manas airport, using it primarily for its operations in Afghanistan.

Turkish media reports say the plane belonged to an Istanbul-based cargo company and it had departed from Hong Kong.