Venezuela, US Clash Over Political Prisoners 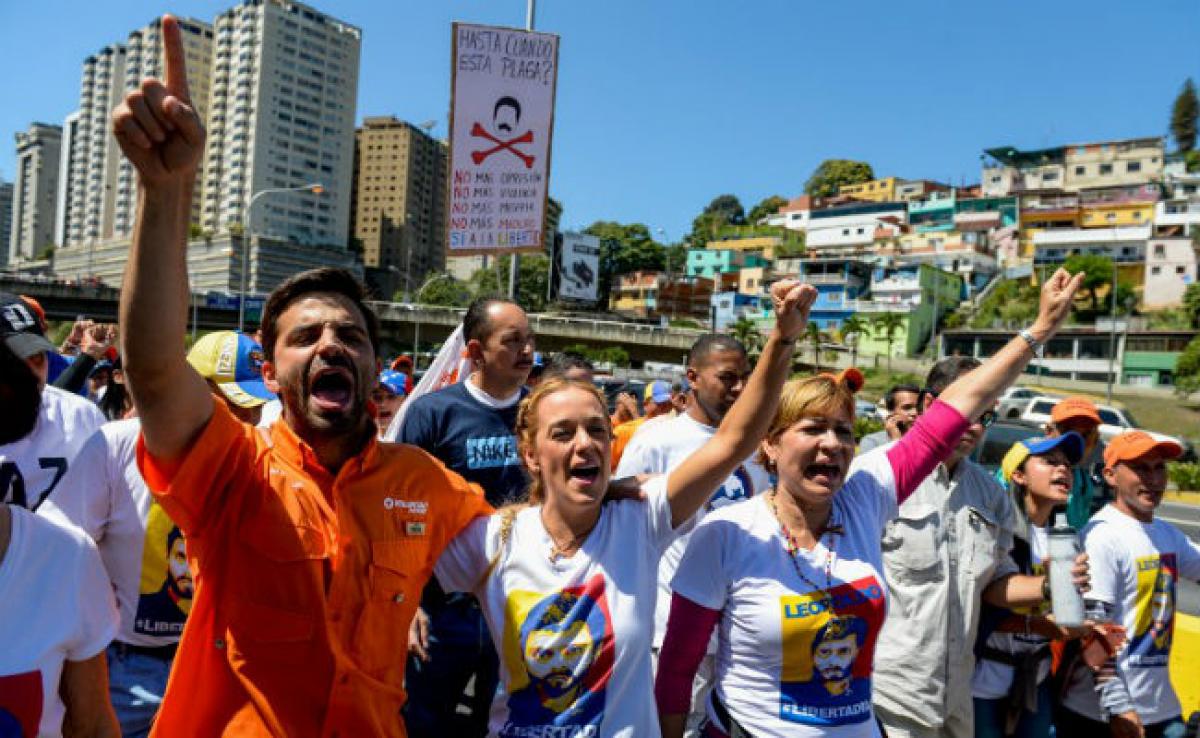 Venezuela and the United States locked horns again over political prisoners held by Caracas, including a jailed opposition leader whose supporters took to the streets of the capital Saturday to demand his release.

Venezuela and the United States locked horns again over political prisoners held by Caracas, including a jailed opposition leader whose supporters took to the streets of the capital Saturday to demand his release.About 200 opposition supporters marched in Venezuela's capital city, blocking one of the main highways in Caracas to protest Leopoldo Lopez's imprisonment. "His only crime was to demonstrate non-violently. And now, more than 80 percent of Venezuelans want (President Nicolas) Maduro to leave power," said David Smolansky, mayor of metro Caracas' El Hatillo district.

Smolansky said the elected socialist Maduro's government amounted to a dictatorship that makes "Venezuelans go hungry while it protects criminals," he stressed, adding:

"We urge the international community: no more dictatorship. We want to live in a free country where decency can overcome violence."

The State Department issued a new call for the release of Lopez and other dissidents, days after the Venezuelan Supreme Court upheld his imprisonment.

Lopez is serving a nearly 14-year sentence on charges of inciting unrest at anti-government protests in 2014.

"We call for the immediate release of all prisoners of conscience, respect for the rule of law, the freedom of the press, the separation of constitutional powers within the government, and the restoration of a democratic process that reflects the will of the Venezuelan people," the department's acting spokesman Mark Toner said in a statement.

"The United States reiterates its dismay and concern about these arrests, and other actions taken by the Venezuelan government to criminalize dissent and deny its citizens the benefits of democracy," the statement said.

The ruling on Lopez's appeal, which was filed in July, came a day after Trump received Lopez's wife Lilian Tintori at the White House and posted a tweet calling for the prisoner's release.

Lopez is the founder of Popular Will, one of the most hardline parties opposing Maduro.

Shortly before Trump sent his Twitter missive this week, Maduro had warned the US that Venezuela would "respond firmly" to any action deemed aggressive.

"Those who tangle with us will get an appropriate response," he said on state television.

Ties had already been strained on Monday when the US Treasury imposed sanctions on Maduro's powerful Vice President Tareck El Aissami and a businessman, whom the US authorities accuse of being involved in drug trafficking.

Washington has had a shaky relationship with Caracas since the late Hugo Chavez rose to power in 1999.

The former Venezuelan president was famous for his anti-American rhetoric, which has persisted under Maduro, who blames his country's deep economic woes on a US-backed capitalist conspiracy.

The two countries have not exchanged ambassadors since 2010, but do share important economic relations, especially in the oil sector.