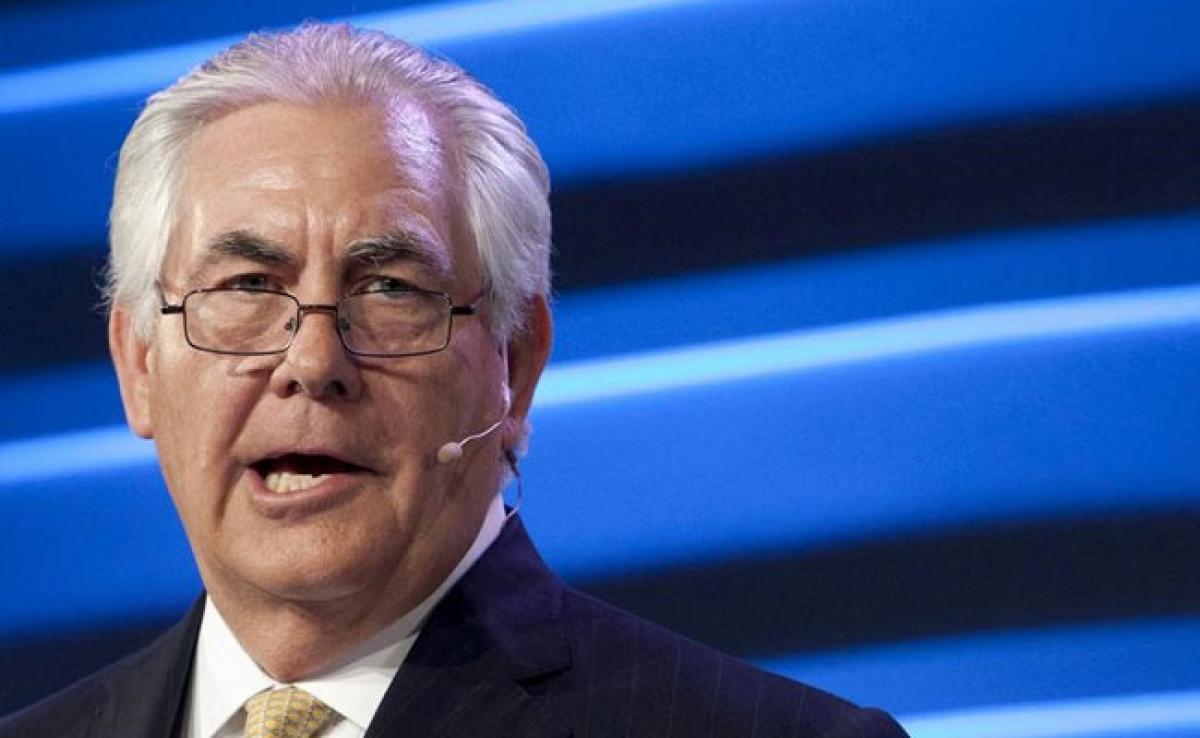 US Secretary of State Rex Tillerson will meet with NATO members next week in Brussels, officials said Friday, as alliance diplomats worked to nail down the date.

US Secretary of State Rex Tillerson will meet with NATO members next week in Brussels, officials said Friday, as alliance diplomats worked to nail down the date.

"We are currently planning to hold the meeting of NATO foreign ministers on 31 March. Consultations on scheduling among Allies are ongoing," a NATO official in Brussels said.

The NATO foreign ministers meeting had been planned for April 5-6, but that was thrown into chaos on Tuesday when Tillerson revealed he would not be attending.

Skipping the meeting was especially awkward because the former Exxon-Mobil CEO is to travel later in April to Russia, which has had fraught relations with NATO since the start of the Ukraine conflict in 2014.

So Tillerson will head to Brussels on Friday next week, a day after meeting in Ankara with Turkish President Recep Tayyip Erdogan to "discuss the way forward with our campaign to defeat ISIS in Syria and Iraq," acting State Department spokesman Mark Toner said.

Officials suggested that a complicating factor for the NATO meeting might be the agenda of Britain's Foreign Secretary Boris Johnson, who might not be able to make it to Brussels on March 31.

"The date is almost certain. It's now mainly a question of timing," a diplomat in Brussels said Saturday.

The alliance's 28 member states have until Monday to work out the details of their plans.

The last minute preparations are not typical for NATO which normally has plans in place weeks ahead of time for these highly orchestrated meetings.

"The allies are trying to find a solution. It is understood that there are substantive reasons why Tillerson cannot come April 5 and 6," a diplomat told AFP.

Chinese leader Xi Jinping is expected to visit President Donald Trump in the United States in early April, and Tillerson would be expected to attend their meetings.

But his office has not confirmed that engagement, and word that Tillerson would stay away from the NATO talks stirred doubt about US commitment to its allies.

"Everyone is aware that this would send a bad message and people were not eager to have a meeting with a downgraded (US) representation," said the diplomat, speaking to AFP on condition of anonymity.

After almost two months in the job, Tillerson has yet to appoint a deputy or any assistant secretaries, has largely avoided the media and works with a small inner circle of advisers.

The administration, meanwhile, has been scrambling to reaffirm its commitment to US military alliances after Trump called into question their usefulness during the presidential campaign.

Last week, after meeting Chancellor Angela Merkel, Trump claimed Germany owes "vast sums of money to NATO and the United States," reviving his charge that allies do not pay their way.

The United States has worked with NATO to shore up support for the pro-western government in Kiev after Russia's annexation of Crimea and its support for a bloody uprising in eastern Ukraine.

Combined with economic sanctions, the deployment of more NATO troops from Western members to frontline Eastern allies in the Baltics and Poland was intended to send a signal to Moscow.

But during his presidential campaign, Trump raised eyebrows by expressing admiration for Russian President Vladimir Putin and dismissing NATO as "obsolete".