This Record Breaking Gathering Is Full Of Charlie Chaplins 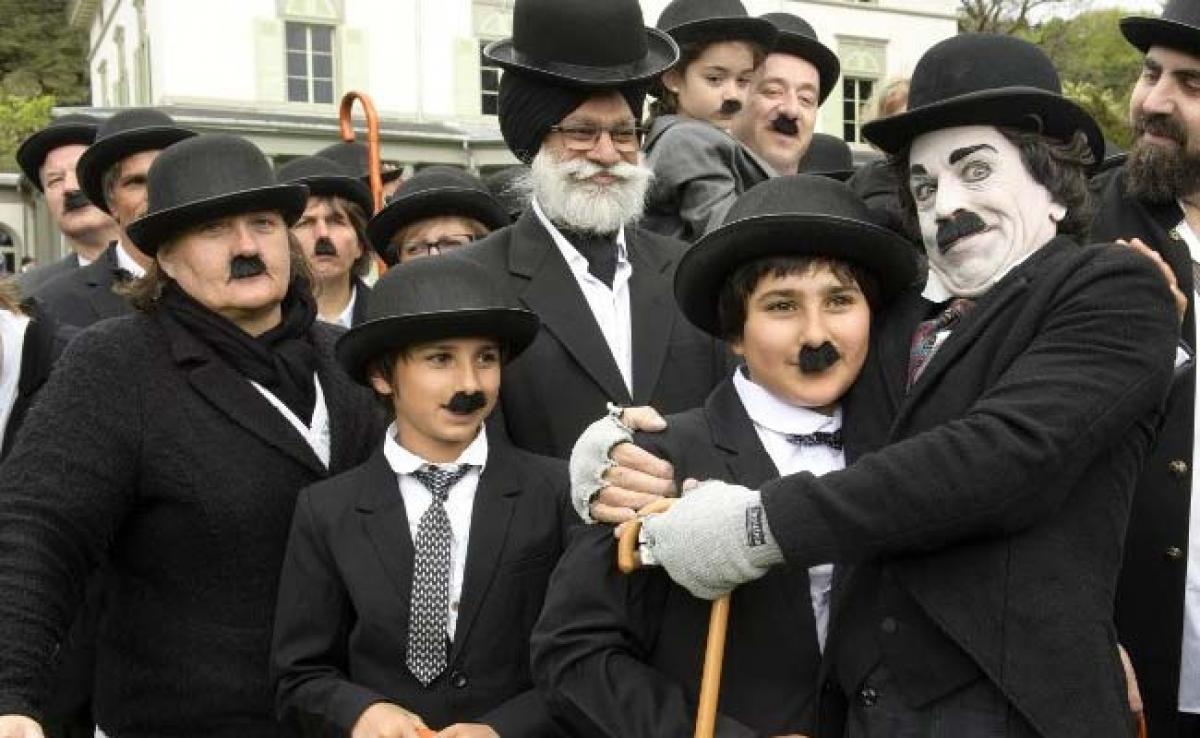 Six hundred and sixty-two people on Sunday set a world record for the biggest gathering of Charlie Chaplins, each donning the black jacket, shoes,...

Six hundred and sixty-two people on Sunday set a world record for the biggest gathering of Charlie Chaplins, each donning the black jacket, shoes, bowler hat, toothbrush moustache and cane of the comic's signature creation, the Little Tramp.

The unusual rally, drawing Chaplin fans of all ages from all over Europe, took place at a museum dedicated to the artist at his former home in Corsier-sur-Vevey, western Switzerland.

There have been big Charlie Chaplin gatherings in the past, but this is the first to be certified by an officer of the law," Annick Barbezat-Perrin, a spokesman for the museum, told AFP.

Mr Chaplin was born in London 128 years ago on Sunday. He died on Christmas Day, 1977, aged 88, after spending the last decades of his life in Switzerland.The Chaplin's World museum, which opened a year ago on Sunday, also said that it had had around 300,000 visitors in its first 12 months of operation, far outstripping estimates of 220,000.