Pompeo confirms he's been approached to run for Senate 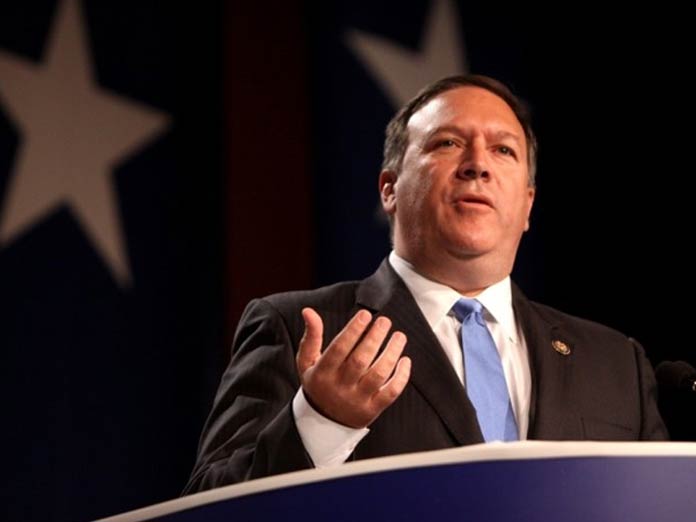 Washington: Secretary of State Mike Pompeo acknowledged Wednesday that he had been approached to run for Senate next year but said he was focused for now on being America's top diplomat.

He said that Majority Leader Mitch McConnell, the top Senate Republican, asked him to consider the race in Kansas, where Pompeo served three terms in the House of Representatives until he joined President Donald Trump's administration. "I spoke to Senator McConnell once. He asked me if I'd think about it, and I told him I appreciated the phone call," Pompeo told Fox News. Pompeo declined to respond if he was interested, saying that answering might violate a US law against federal employees engaging in political activity. "Lots of folks have reached out to me and suggested I ought to do that.

I have suggested to them that I have a very full plate as secretary of state, and I intend to keep doing this so long as President Trump will commit to it," Pompeo said. The Republicans are bracing for a potentially tough vote in November 2020, when Trump is up for re-election and the party is defending almost twice as many Senate seats as the Democrats. Kansas has not elected a Democrat to the Senate since 1932, the longest streak in which either of the two major US parties has held a lock on both seats in a state.

But the Midwestern state in November elected a Democrat as governor and Senator Pat Roberts, a popular 82-year-old Republican, has said he will not run again next year. Pompeo would enjoy instant name recognition if he ran for Senate. He keeps a presence in Kansas through regular local media interviews and is popular with conservative Christians, speaking often about his faith.

Secretary of state is generally considered the most prestigious cabinet position, with Hillary Clinton and John Kerry both leaving the Senate to take the job. But the Senate would ensure Pompeo a prominent position in Washington for at least six years, regardless of the outcome of the next presidential election. Trump has been quick to turn on his cabinet members although Pompeo, who was first tapped to run the CIA, has by all accounts been among the president's favorites. Pompeo last year replaced Rex Tillerson, a former chief executive of oil giant ExxonMobil, whom Trump later derided on Twitter as "dumb as a rock."