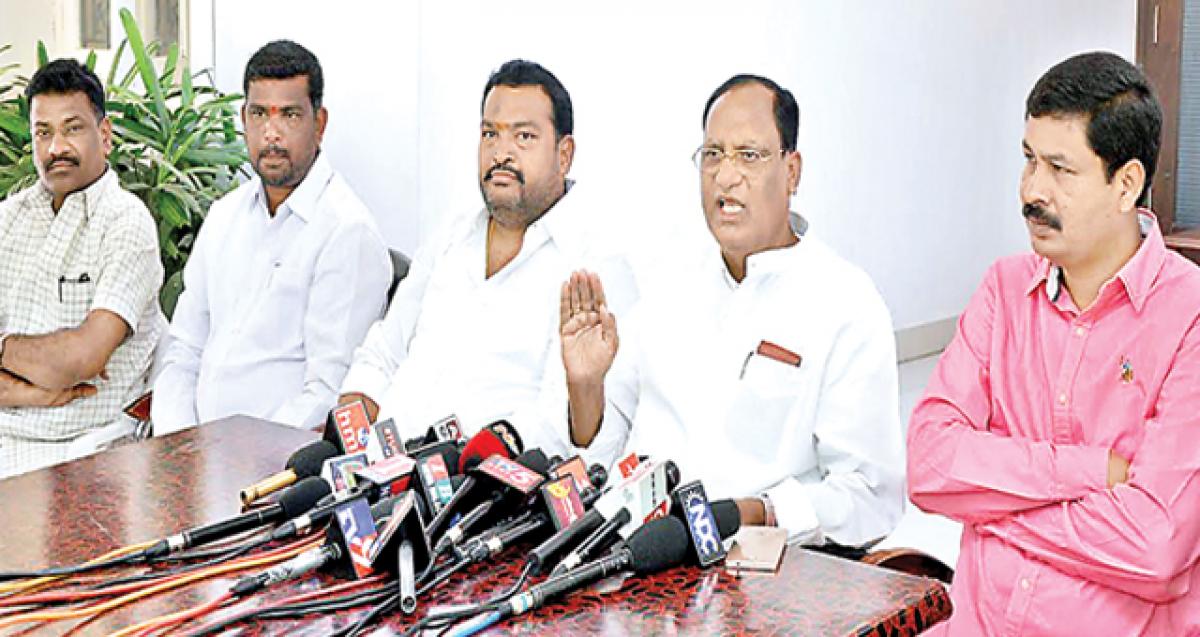 Addressing the media here on Thursday, Gutha urged the Centre to take measures to ease the hardships being faced by the common people after...

Nalgonda: Stating that it was not proper of political parties to make allegations against the Chief Minister’s new Camp Office, Nalgonda MP Gutha Sukhender Reddy made it clear that the Camp Office does not belong to K Chandrashekar Rao, but it was a government building.

Addressing the media here on Thursday, Gutha urged the Centre to take measures to ease the hardships being faced by the common people after demonetisation and stated that note ban has affected the lives of common people, including farmers, who were unable get cash to cultivate their lands.

“As a Parliament member, I am also unable to withdraw the required amount from the bank to meet the expenditures like paying salaries to the employees etc. We can imagine what the middle class and poor must be going through,” he maintained.

Reminding that the State exchequer incurred nearly Rs 3,000 crore loss due to reduction in property registrations and tax payments, Gutha urged the Centre to pay the equal amount as advance to the State. “The Centre should take the suggestions made by Chief Minister K Chandrashekar Rao into the consideration to ease the troubled situation that aroused post demonetisation,” he added.

Strongly reacting to the comments made by Telangana Telugu Desam Party working president Revanth Reddy that a milk seller has become an MP in the district, he stated that milk selling was generally a job of a farmer in rural area. As a farmer, he was also engaged in milk business long ago, he added.

He stated that it was unfortunate that a person, who doesn’t have minimum knowledge of history of TDP, has become working president of the party. TDP founder late N T Rama Rao had contested from Nalgonda constituency in 1985 elections, but Revanth Reddy, in his speech at a public meeting, has told that NTR had contested from Nalgonda constituency in 1983, he pointed out.