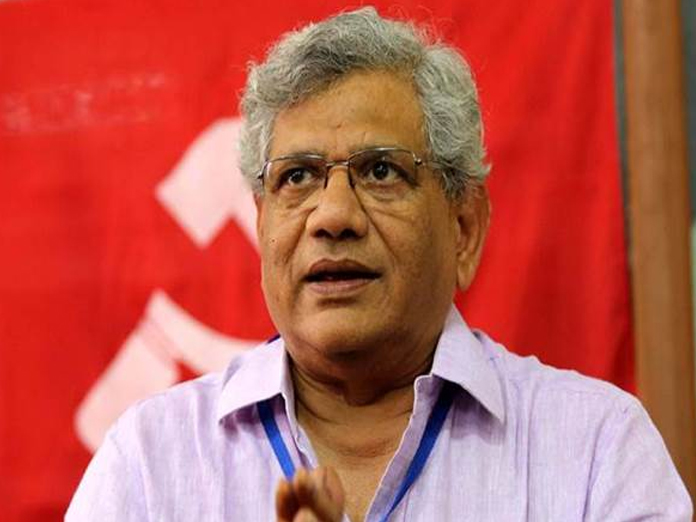 Ruling out the possibility of a prepoll alliance, Communist Party of India Marxist general secretary Sitaram Yechury on Saturday said the party will decide on its poll partners based on statelevel equations

NEW DELHI: Ruling out the possibility of a pre-poll alliance, Communist Party of India (Marxist) general secretary Sitaram Yechury on Saturday said the party will decide on it's poll partners based on state-level equations.

Addressing a press conference after a two-day Politburo meeting, Sitaram Yechury said the party's poll strategy will completely depend on local factors and necessities.

"No pre-poll alliance in mahagathbandhan (grand alliance) is possible as of now. It will depend on the state-wise reports on the electoral tactics," he said.

He further said the central committee of the party will meet on March 3 and 4 to decide which parties to align with.

"The party's electoral tactics will be to ensure defeat of the BJP-led alliance, increase the strength of the CPI(M) and the Left in the Lok Sabha and ensure an alternative secular government is formed at the Centre," the Politburo statement said.

Mr Yechury said with only three days left for Parliament, a Joint Parliamentary Committee on the Rafale deal and submission of its report on time was imperative.

"We have three more days of Parliament before the next LS polls. The Parliament must constitute a JPC to probe Rafale in the next three days. It should submit report in a time-bound manner and pin down the guilty," he said.

During the two days, the Politburo discussed their strategy for the elections, with stocktaking measures across states in which the party has a stake.

In it's statement, the CPI(M) condemned the Madhya Pradesh Congress state government's decision to invoke the National Security Act (NSA) against five persons arrested on allegations of cow slaughter.

"The Politburo demands the revocation of the NSA. The existing provisions of law would be sufficient to deal with any such allegations," the statement said.