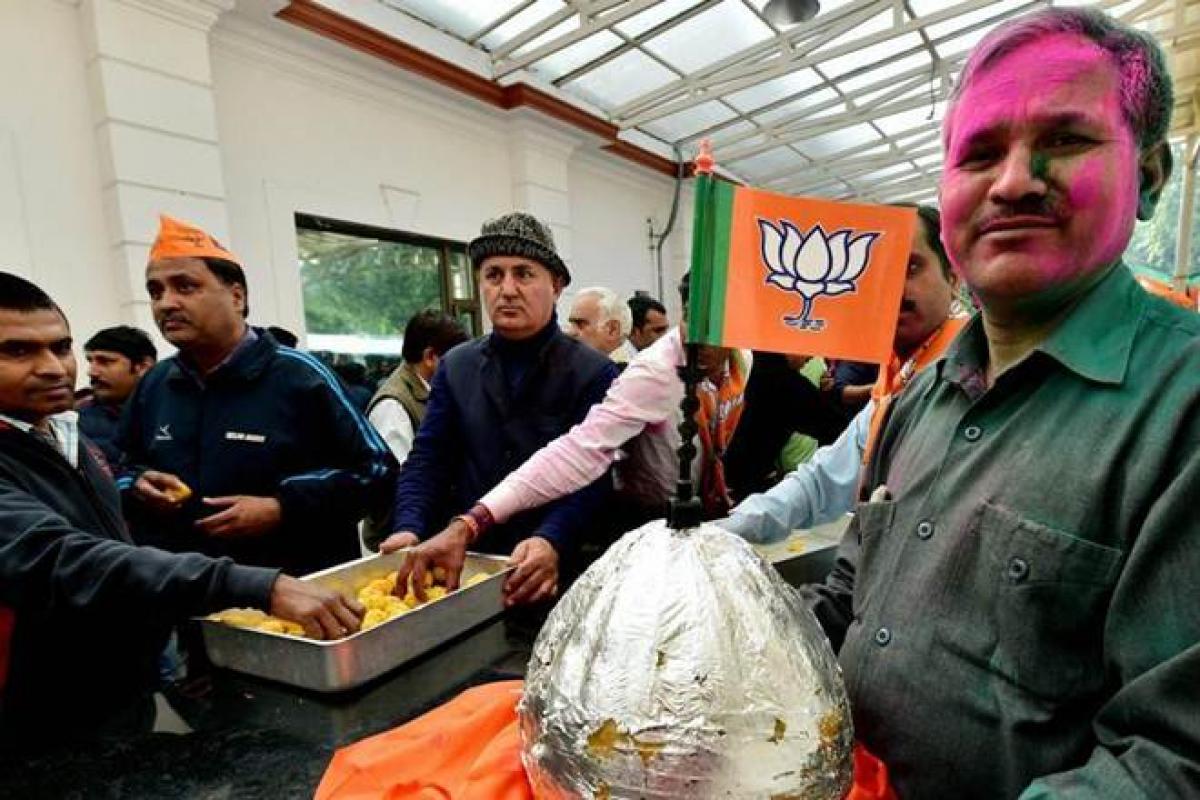 The BJP won a total of 56 out of 70 assembly seats in Uttarakhand.

The Bharatiya Janata Party (BJP), which swept the Uttarakhand assembly elections, said that the state legislature party will soon meet to elect the chief minister, after the party's parliamentary board takes a call in the matter. Former chief ministers - Bhuvan Chandra Khanduri, Bhagat Singh Koshiyari, Ramesh Pokhriyal Nishank and Vijay Bahuguna - are the frontrunners for the position in Uttarakhand.

"A meeting of the state legislature party will be held in a day or two with permission from the central leadership to elect a leader and a final call in the matter will be taken by the party's Parliamentary Board," state BJP chief Ajay Bhatt told reporters at a press conference today.

The BJP won a total of 56 out of 70 assembly seats in Uttarakhand.

Denying his candidature for any post, Mr Bhatt said he's ready for any responsibility that the party seems fit to assign him. He also thanked people of the hill state for voting in favour of the BJP and powering it to a "historic" win.

Attributing the party's victory to the leadership of Prime Minister Narendra Modi and BJP chief Amit Shah, Mr Bhatt said said that the party cadres worked hard against a "non-performing" and "corrupt" government.

"We worked as watchmen and always exposed the truth which seems to have paid off," he said.

On Congress' rout which saw the outgoing Chief Minister Harish Rawat and a number of his cabinet colleagues losing their seats, he said it was their total rejection by the people of the state.