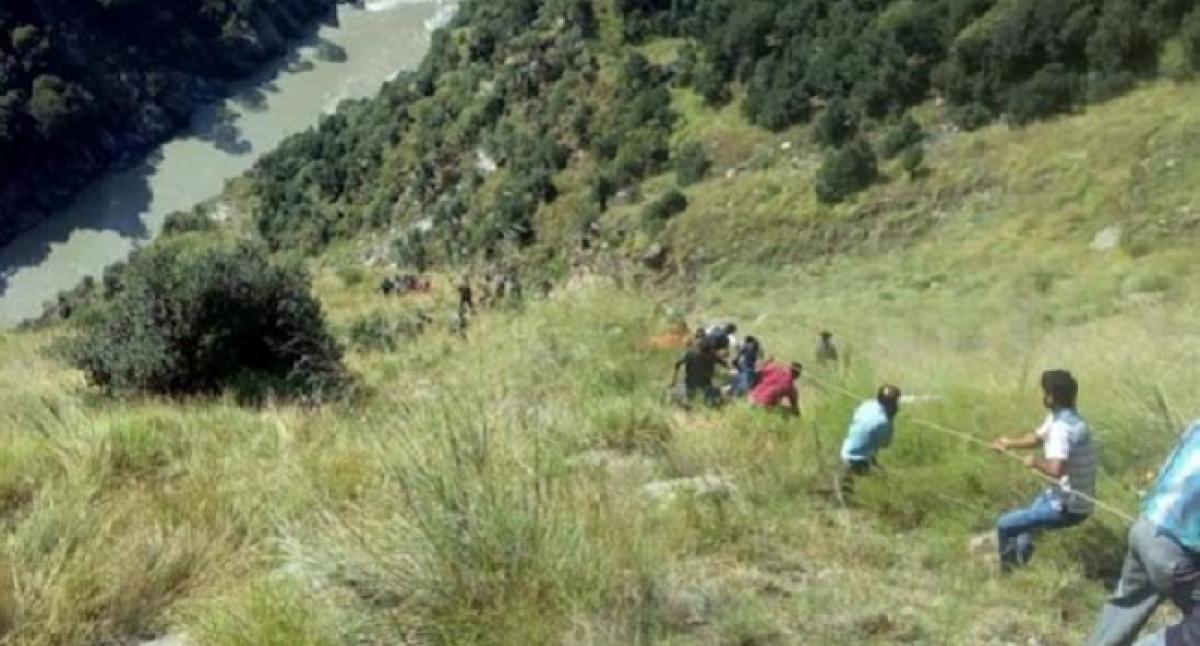 At least 13 persons were killed on Friday when a mini bus packed with passengers skidded off the road and plunged into a deep gorge in Kishtwar district of Jammu and Kashmir.

The accident occurred at Dandaran, near Thakrai, when the driver of the mini bus, which was on its way to Kishtwar from the Keshwan area, lost control of it and the vehicle plunged into the over-300-foot gorge, near the Chenab river bed, on Friday morning. So far, 13 persons are confirmed dead and 13 others injured," Senior Superintendent of Police (SSP), Kishtwar Rajinder Gupta, who is leading the rescue operation, said.

The bus was carrying over 30 passengers, Mr Gupta said, adding that the rescue operation was launched immediately after the accident.

Kishtwar Deputy Commissioner Angrez Singh Rana said the district administration was making efforts to airlift eight critically-injured passengers to Jammu. "The next of the kin of the deceased will be given an ex-gratia relief of Rs. 5 lakh each, while Rs. 50,000 will be given to each of the injured persons," Mr Rana said.

People's Democratic Party chief Mehbooba Mufti shared her condolences on micro-blogging site Twitter. This is the third major accident in Kishtwar district in the last one month.

While 13 Machail Yatra devotees were killed when their cab plunged into a gorge on August 21, seven persons were killed and 12 others injured when two vehicles were hit by boulders a day earlier.