Kejri slams PM over booth talk instead of pilot safety 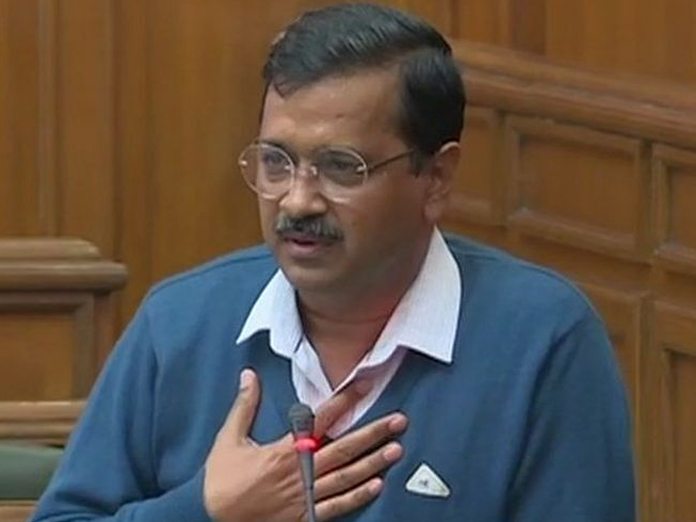 Chief Minister Arvind Kejriwal on Thursday slammed Prime Minister Narendra Modi for interacting with BJP workers through a videoconference, saying when the entire country was worried over the safety of IAF pilot who is in Pakistans custody he was busy strengthening polling booths

New Delhi: Chief Minister Arvind Kejriwal on Thursday slammed Prime Minister Narendra Modi for interacting with BJP workers through a video-conference, saying when the entire country was worried over the safety of IAF pilot who is in Pakistan’s custody he was busy strengthening polling booths.

BJP MLAs OP Sharma and Manjinder Singh Sirsa were marshalled out by Speaker Ram Niwas Goel for interrupting the Chief Minister's speech. “I have got many phone calls. People are saying the prime minister should think about the release of the air force pilot instead of strengthening his booths," he said.

Referring to BJP Karnataka chief B S Yeddyurappa’s remark that India's pre-emptive strikes on terror camps in Pakistan has created a wave in favour of Prime Minister Narendra Modi and will help the party win over 22 out of 28 Lok Sabha seats in the state, Kejriwal said, “BJP is counting corpses, shame on such a party.”

The Delhi BJP hit out at Delhi Chief Minister and AAP supremo Arvind Kejriwal, accusing him of speaking the language of Pakistan over the prevailing tension between India and the neighbouring country.

The Prime Minister interacted with thousands of BJP workers through video-conferencing as part of the ruling party’s “Mera Booth Sabse Mazboot” campaign on Thursday.

Tiwari accused Kejriwal of playing politics at a time when the entire country stood with the armed forces. “Kejriwal is speaking the language of Pakistan and trying to humiliate the country.

He is showing his mindset and behaving like an ISI agent. The people of Delhi will give a befitting reply to him for politicising the sacrifice of our soldiers,” the BJP leader said in a statement.

Modi had said this was a new India which would neither stop nor bow down and it was the BJP’s pledge to bring him back as the Prime Minister after the 2019 Lok Sabha polls, he added.