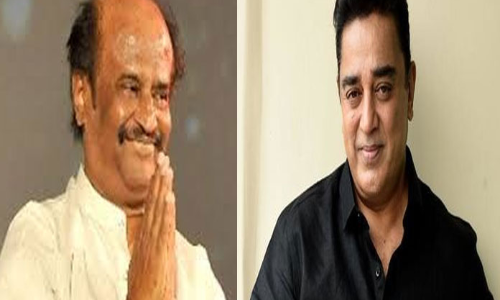 For longtime political watchers, it must have been a sense of dj vu, as a formal announcement came from Superstar Rajinikanth that he was not throwing...

For long-time political watchers, it must have been a sense of déjà vu, as a formal announcement came from Superstar Rajinikanth that he was not throwing his hat into the ring during the forthcoming Lok Sabha polls in the summer of 2019. Having seen him do this many a time (an adult variation of the crying wolf story in a way) in the past two decades, scholars of Dravidian politics had been disdainful from the time when whispers gained ground that this time it was for real. Now that has been effectively denied, officially and clearly by the hero himself.

Following this shutter down impact on the issue, it was time for real politics to take centrestage. It happened when the BJP moved with alacrity and stitched a foolproof alliance with the AIADMK, the Pattali Makkal Katchi (PMK) and a few others which are likely to be part of the umbrella alliance. While it managed to gain a strategic slot in Maharashtra where its ‘blow hot blow cold’ partner Shiv Sena agreed to settle for lesser seats, in Chennai, the approach of the saffron party was practical, even subservient.

By agreeing to five seats, as against the seven which PMK, a typically casteist party with a strong presence in the northern parts of Tamil Nadu, BJP has made peace with its continuing ineffectiveness in breaching the Dravidian stronghold. It is too early to say if the pundits would be kind enough to pontificate that this is the best backdoor entry the Hindi-Hindu-Hindustan party could have managed into a state, which has had a continuing love-hate relationship with the upcountry mores and manners.

If this is the story of BJP, the Congress, which has been in a state of coma for a while now has also seen some welcome action. Of course, Rahul Gandhi’s trips to meet the ailing Karunanidhi and the subsequent trips to see how Stalin has gradually moved centrestage to anchor the drifting Dravida Munnetra Kazhagam (DMK) has made him a familiar figure in the local political arena. However, with the news emerging that the DMK has authorised Kanimozhi and M K Alagiri to discuss seat-sharing arrangements with the Congress high command, it becomes clear that the family has decided to move in closer, iron out the wrinkles and present a unified face to the Grand Old Party, which wants to leverage its political presence a tad more than usual.

Having been under a relentless wave of self-serving governance model of regionalism, Tamil Nadu’s political journey is bound to change in the next few months as the local heavyweights take a revised look of their relationships with New Delhi. Stalin, the DMK chief, has already moved in into a public connect initiative by his bottom-up approach. He has been seen interacting with villagers in various parts of the state in a bid to re-connect the oldest regional party with a new electorate who are no more enamoured by linguistic grandstanding and emotive appeals on the Lankan Tamil issue.

A state, which saw titans from national parties like Congress reign and administer efficiently in the first two decades after Independence has had its long, seemingly unending battle under the assault of parochial parties, who never could see beyond their narrow political agendas. 2019 is not going to see them go away, but with no formidable leader to address their cause, Tamil Nadu can see a limited presence of national parties slowly making their mark in the state politics, if ever they are elected to represent them in New Delhi.

The continuing endeavours of Kamal Hassan or the counterpart of his, Vijayakanth, who has been hailed for sustaining himself as a politician for nearly 15 years, despite limited political success may not amount to much as both of them are in no position to drive a hard bargain with any of the two Dravidian parties. A media celebrity at best, Kamal’s confusing political stances and contrived protest modes at the majoritarian impulses of the NDA government have already been trolled heavily on social media, the constituency which received him enthusiastically in the first place as he announced his political entry.

It is thus evident that with no real local challenger to beat them down with tough negotiations, the national parties may be tempted to stretch their luck better and bag a few more seats as they cobble together a strange set of bedfellows with whom they have to survive, post-elections.