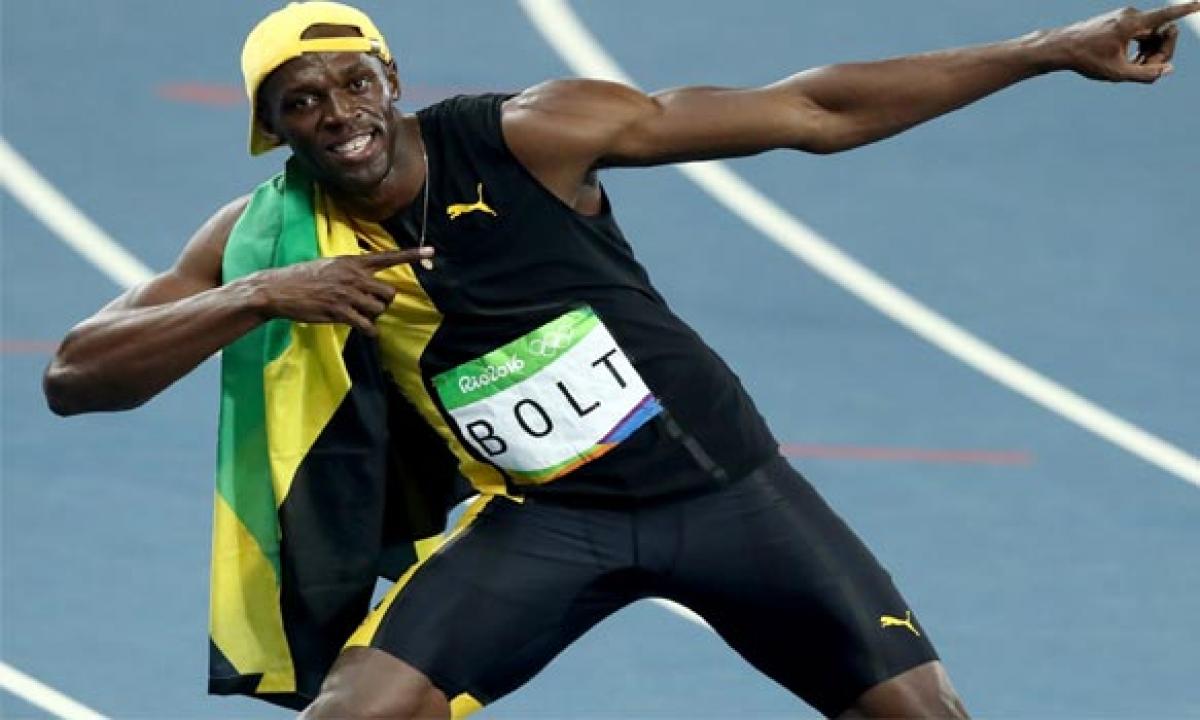 American Tyson Gay, who made his Olympic debut in 2008 as Bolt began his astonishing medal sweep, described the Jamaican\'s greatness as \'just self-explanatory\'.The 34-year-old Gay added, \"Words can\'t describe that type of a guy and what he\'s done for the sport. Everybody just appreciates what he\'s done.\"

The runners who have lost to Usain Bolt for the past dozen years showered the Jamaican superstar with praise on Friday, after he completed his historic 'triple-triple' in what he has said will be his final Olympics.From the 2008 Beijing Games onwards, the 29-year-old has dominated sprinting, winning every Olympic gold in the 100 metres, 200m and 4x100m to make history as he eliminated other nations' chances of standing atop the podium.

American Tyson Gay, who made his Olympic debut in 2008 as Bolt began his astonishing medal sweep, described the Jamaican's greatness as 'just self-explanatory'.The 34-year-old Gay added, "Words can't describe that type of a guy and what he's done for the sport. Everybody just appreciates what he's done."

Bolt's popularity was vividly illustrated this week at Rio's Olympic Stadium. While the 60,000-seat facility was never full, the crowds were largest on nights when Bolt was racing, and notably empty when he was absent."Man's a legend," said American Trayvon Bromell, a 21-year-old who faced Bolt twice during his Olympic debut in Rio, in the 100m and 4x100m.

Noting that early in Bolt's career experts dismissed the idea that a 1.96m (6'5") tall athlete could be an effective sprinter, Bromell pointed out the irony that people now suggest he and Canada's Andre de Grasse, 1.76m are too short to succeed.
He (Bolt) broke the barrier and showed people that anything is possible," said Bromell, 1.73m. "So it gives me hope to show the world that the impossible is possible.

De Grasse, also 21 and in his Olympic debut, came the closest to challenging Bolt in Rio, pushing the pace in the 200m semi-final and trying to challenge him again in Thursday's final, where he won silver.

"No one will be able to tell him ... that he's not he greatest," de Grasse said. "He's proven it over and over, every time. He's one of the best and I don't know what else he has to prove."

Indeed, that is the justification Bolt uses for his decision to make Rio his last Olympics, though he has committed to running at next year's world championships.Gay held out hope that with Bolt's pending retirement, he would have a chance at gold in Tokyo in 2020.

I didn't plan to keep running until I was 38, but it seems that I've got to get another medal," the American sprinter said.
Bolt, the most famous Jamaican since Bob Marley, has repeatedly declined to say what he will do after he hangs up his spikes. Unlike the reggae great, who died of cancer at 36, Bolt has the option of planning his next career move.

With his 30th birthday on Sunday, Bolt should have a long second career ahead of him and a lot of people, from his sponsor Puma to Jamaican Prime Minister Andrew Holness, want a say in his plans.

It's important to use the fame and the achievement of Usain Bolt for the benefit of Jamaica. It does open doors," Holness said.
Holness said he would have a seat in his cabinet ready for Bolt's 1.96 metre (6'5") frame, if the athlete would accept.
Usain Bolt could be minister of anything he wants," he said.

Bolt has already built the beginnings of a business empire, including sports bar Tracks & Records in the Jamaican capital.He has also toyed publicly, though not with much seriousness, with continuing as an athlete in another sport, perhaps cricket or soccer.

German sportswear firm Puma, which has sponsored Bolt for half his life, hopes to lure him into a job, Chief Executive Bjorn Gulden told reporters just before the Games."Usain is part of the Puma family," Gulden said."If he decides not to run, we will probably work even closer with him."

Regardless of what he does next, the charismatic Jamaican has clearly been relishing his last Olympic performance, smiling broadly as he barrels toward the finish line."I just wanted to say goodbye."