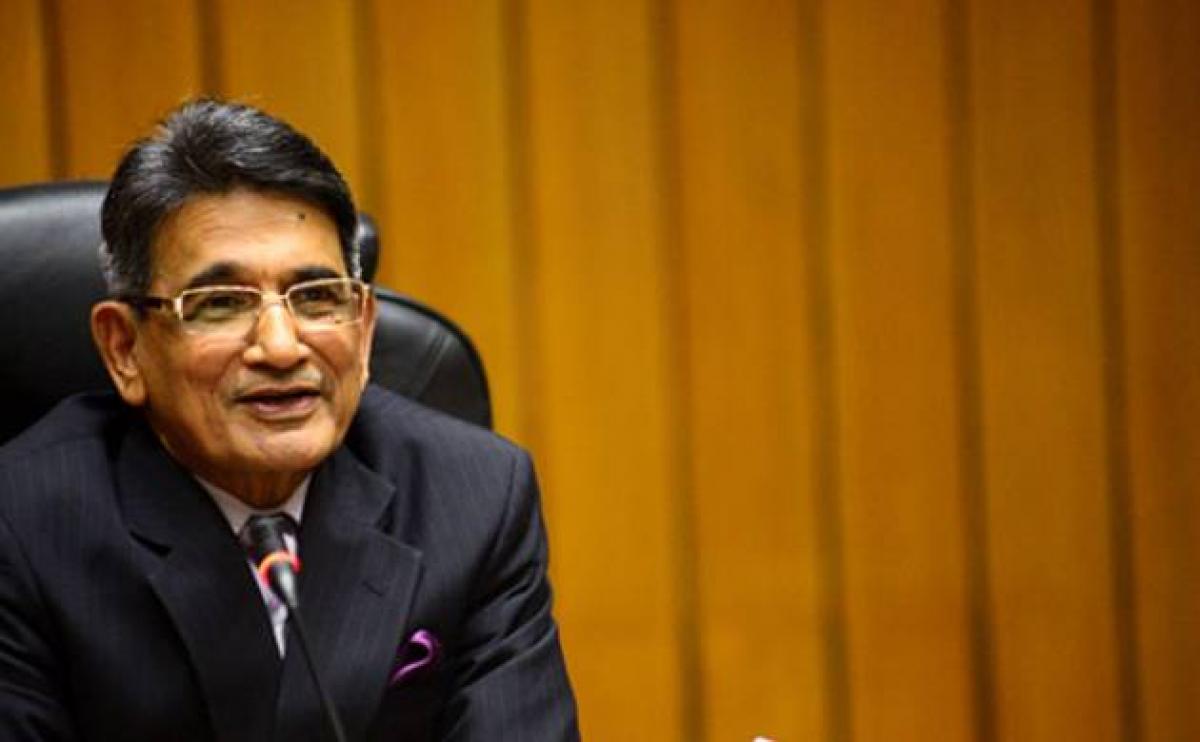 With the BCCI threatening to call off the ongoing series between India and New Zealand, the Justice RM Lodha-led panel on Tuesday clarified that they didn\'t direct the banks to freeze the accounts of the board and it carry on with its routine expenses.

​New Delhi: With the BCCI threatening to call off the ongoing series between India and New Zealand, the Justice RM Lodha-led panel on Tuesday clarified that they didn't direct the banks to freeze the accounts of the board and it carry on with its routine expenses.

Fuming at the defiance of its recommendations, the Supreme Court-appointed Lodha panel had "directed" banks, where BCCI holds accounts, not to disburse "large" funds to the state associations, a decision taken by the Board at its Special General Meeting on September 30.

However, Lodha clarified: "We have not frozen the accounts of BCCI, we have directed the BCCI to not disburse funds to the state association. Day to day affairs, routine expenditure, matches, games, that should go on. There is absolutely no prohibition."

The BCCI, however, argued that state associations were depended on the parent body for organising matches and they were unable to carry on their functioning in the wake of the latest directive from the Lodha panel, affecting their preparations for the upcoming games in the ongoing series against New Zealand.

"The members are pained at the treatment meted out to them. They are depended on BCCI's funds for organising matches. So far seven associations have communicated their inability to host games in the home season while nine of them have inquired about the matter. If things are the way they are, the series (against New Zealand) could called off by today evening," a senior BCCI official told PTI.

"There is too much interference at the moment. People need to realise India has become a cricketing super power under BCCI's administration. We are the only sports body which has not taken a single penny from anyone including the government. We have created all the infrastructure on our own," the senior board functionary added.

The all out war between Lodha panel and BCCI took an uglier turn after the panel, in its letter on Monday, told the banks to block BCCI's payments to the state bodies.

"It has come to the notice of this Committee that certain decisions have been taken at the 'Emergent Working Committee' meeting of the BCCI on 30th September 2016 to disburse large funds to the various member associations," the panel had written.

"You are also aware that the BCCI has chosen to breach the judgment of the Hon'ble Supreme Court as well as the first set of Timelines set out by this Committee which includes the Fund Disbursement policy to be framed by 30.9.2016.

"As the status report is to be taken up for directions by the Hon'ble Court on Thursday, 6.10.2016, you are hereby directed not to take any steps towards financial disbursement of the amounts as resolved/approved after the direction dated 31.8.2016. Any violation of this direction will be placed before the Hon'ble Supreme Court for appropriate directions," it added.

The BCCI is on the backfoot in the ongoing tussle with the Lodha Committee, which has filed a status report in the apex court asking for the removal of the Board's entire top brass for violating its recommendations in the September 30 SGM.

With the Lodha panel also suggesting a 15-day window before and after the IPL, BCCI president Anurag Thakur warned yesterday that India may have to pull out of next year's Champions Trophy in England if the BCCI implements the Committee recommendations in toto.

The Champions Trophy is scheduled from June 1-18 and the IPL is likely to end in last week of May. However, Lodha made it clear today that the recommendations won't affect India's participation in the Champions Trophy as the calendar has already being prepared a year back.

"If Champions Trophy calendar was already settled a year back, our recommendations won't affect that," he said.