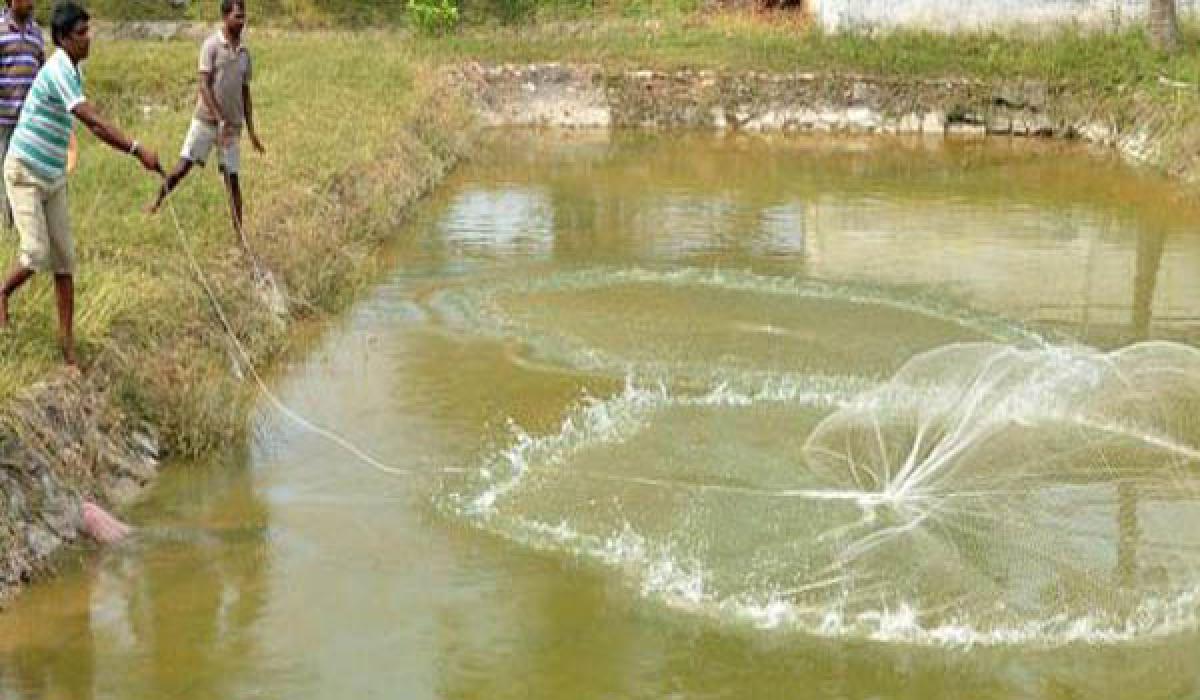 Commissioner of Fisheries C Suvarna suggested on Thursday some preventive and control measures to be taken by the fishermen during the summer season to avoid economic losses, due to prevailing high temperature, high density of fish in tanks, gradual reduction of water levels,

Commissioner of Fisheries C Suvarna suggests preventive and control measures to be taken by the fishermen during the summer, taking into account the possibilities of mass mortality of fish in tanks

Hyderabad: Commissioner of Fisheries C Suvarna suggested on Thursday some preventive and control measures to be taken by the fishermen during the summer season to avoid economic losses, due to prevailing high temperature, high density of fish in tanks, gradual reduction of water levels, deficiency of dissolved oxygen and deterioration in the quality of water, etc. When the problem is severe, there are possibilities of mass mortality of fish in tanks.

Apart from stress caused by environmental factors, the fish become susceptible to diseases.The suggested measures include maintaining water quality, depth and extent of water and movement of fish every day during summer season. They must conduct sample netting to assess their growth, colour, appearance of tail, fins and gills, secreting mucus and observe differences in normal growth and behaviour.

In case of differences noticed, the fishermen must approach the concerned District Fisheries Officer and take up preventive and control measures as suggested by the department to avoid economic loss.If the fish move on the surface in the morning gulping air, it indicates deficiency of dissolved oxygen and in such cases, they must fill the tank with fresh water. If it is not possible to fill the water, the fishermen must resort to partial harvest.

This action reduces the demand for dissolved oxygen. The aquatic weeds present in the tank shall be removed periodically. Otherwise, they release carbon dioxide at night and may lead to mass mortality due to severe shortage of dissolved oxygen. In such situations, the fishermen suspect poisoning by enemies. When the mortality occurs due to poisoning, besides carp species, air breathing habit fish species like murrel, cat fishes, etc and amphibious habit animals like frogs and water snakes also die. They have to be very careful in establishing the reasons in consultation with the Fisheries Department.

When fish die due to diseases, the dead fish shall be removed forthwith from the tank and either they should be buried or burnt far away from the tank and apply 100 to 250 kgs lime per ha. Even after the application of lime, if the water quality does not change, they must apply sanitizers like benzal kolium chloride by dissolving in water. It not only improves the quality of water, but also heals wounds and kills external parasites.

If there is no improvement in the situation, the fishermen as a last resort, apply antibiotics along with supplementary feed as per the recommended dosage.When there is no possibility to fill with water, the water of the tank should be recycled by re-circulating with motor pumps. The best method is to resort to partial or total harvest, according to Suvarna.