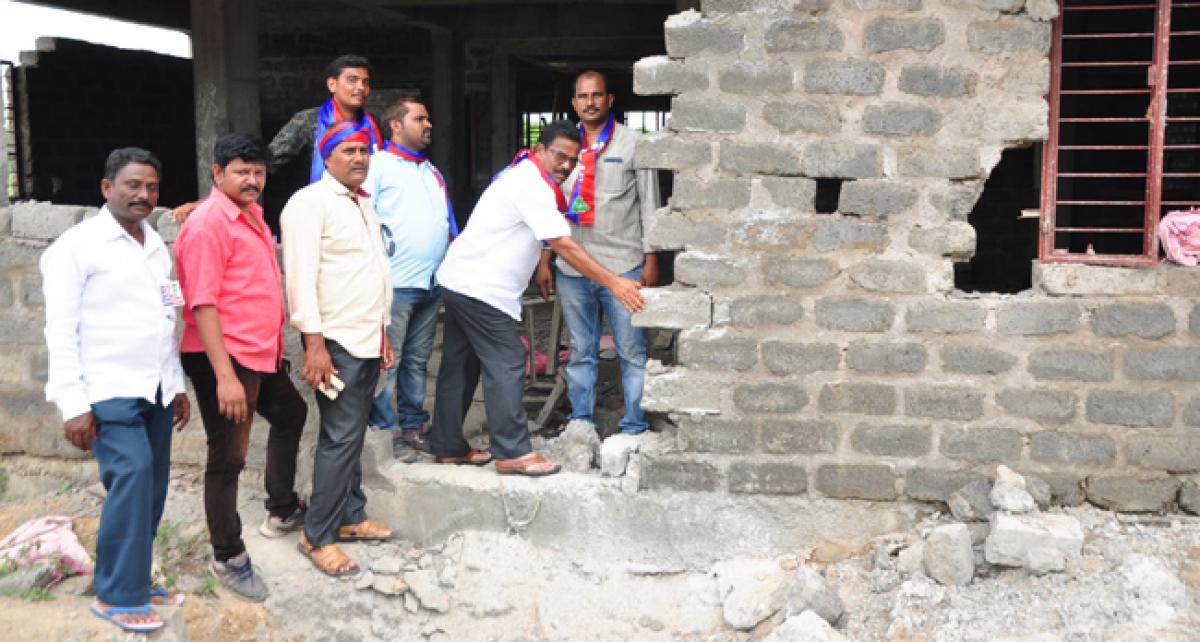 Khammam: Communist Party of India-Marxist (CPI-M) district unit secretary Y Srikanth here on Friday accused the government of reneging on its promise to build 2 BHK independent houses for the poor. He alleged that the government was now building apartments for the poor.

The CPI-M Two Town Committee activists under the leadership of the Sk Meera Saheb visited Allipuram village under Dhanvaigudem mdnal in Khammam district on Friday where houses were under construction.

Speaking on the occasion, Srikanth alleged that the State government has been deceiving the people by constructing apartments for the poor instead of independent double bedroom houses. Apart from it, the contractors were using low-cost material for constructing the houses, he said.

The CPI-M would organise “Chalor Collectorate” programme on June 27 to highlight the issue, he said. CPI-M leaders Y Vikram, B Upendra, Nageswar Rao, Zaheer, Venkanna and Ganta Bheemaiah were present at the programme.