Conference of Parties-23 on climate change at Bonn 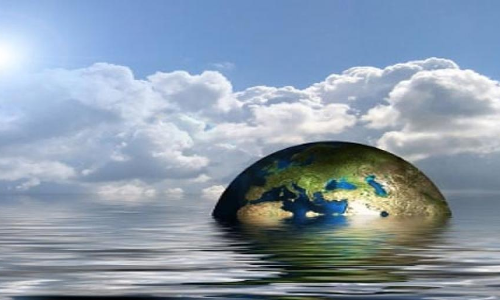 The meeting will primarily concentrate on various aspects associated with the implementation of the Paris Agreement (PA), which was negotiated at COP-21 and entered into force, or became legally binding, on November 4, 2016.

The meeting will primarily concentrate on various aspects associated with the implementation of the Paris Agreement (PA), which was negotiated at COP-21 and entered into force, or became legally binding, on November 4, 2016.
The UN Climate Change Conference – COP 23 will take place at the World Conference Centre Bonn (WCCB) in Bonn, Germany and will be presided over by the Government of Fiji. It is fitting that a Pacific island nation chairs this year’s COP as the very existence of low-lying islands is threatened by sea level rise due to climate change.

The following bodies will be included in session according to UNFCCC

What are the different issues that will be covered in COP23?
The meetings in Bonn will cover a wide range of issues, including

The 2016 average temperatures were about 1.3 °C (2.3 degrees Fahrenheit) above the average in 1880 when global record-keeping began.

It is estimated that the difference between today’s temperature and the last ice age is about 5°C.

Global Warming is dangerous all life on earth.

The only way to deal with the change in climate is to reduce the emission of Green House Gases (GHGs) like Carbon Di Oxide and Methane.

What is Paris Agreement?

The aims of Paris Agreement is as below:

In French, the Paris Agreement is known as L’accord de Paris.

The key vision of Paris Agreement is to keep global temperatures “well below” 2.0C (3.6F) above pre-industrial times and “endeavour to limit” them even more, to 1.5C.

Paris Accord talks about limiting the amount of greenhouse gases emitted by human activity to the same levels that trees, soil and oceans can absorb naturally, beginning at some point between 2050 and 2100.

It also mentions the need to review each country’s contribution to cutting emissions every five years so they scale up to the challenge.

Rich countries should help poorer nations by providing “climate finance” to adapt to climate change and switch to renewable energy.

The Paris Agreement has a ‘bottom up’ structure in contrast to most international environmental law treaties which are ‘top down.

The agreement is binding in some elements like reporting requirements, while leaving other aspects of the deal such as the setting of emissions targets for any individual country as non-binding.

Is this the first international agreement to combat climatechange due to global warming?
No. In fact, Paris Agreement comes under the broad umbrella of United Nations Framework Convention on Climate Change (UNFCCC).
UNFCCC is a convention held in 1992 to combat climate change. Kyoto Protocol (1997) was another major international commitment under UNFCCC.

This means that while Paris Agreement is legally binding to all parties, Kyoto Protocol was not.

The Paris Agreement requires all Parties to put forward their best efforts through “nationally determined contributions” (NDCs) and to strengthen these efforts in the years ahead.

This includes requirements that all Parties report regularly on their emissions and on their implementation efforts.

In 2018, Parties will take stock of the collective efforts in relation to progress towards the goal set in the Paris Agreement.

Why is Paris Agreement important?

Current commitments on greenhouse gas emissions (Kyoto Protocol) will expire in 2020. Paris Agreement deals with what should be done in the decade after 2020 and beyond this time frame.

The text of the agreement includes a provision requiring developed countries to send $100 billionannually to their developing counterparts beginning in 2020. That figure will be a “floor” that is expected to increase with time.

The Paris Agreement has a ‘bottom up’ structure in contrast to most international environmental law treaties which are ‘top down.

For the first time, the accord lays out a longer-term plan for reaching a peak in greenhouse emissions “as soon as possible” and achieving a balance between the output of man-made greenhouse gasses and absorption – by forests or the oceans – “by the second half of this century”.

When will Paris Agreement come into force?
Thirty days after the date on which at least 55 Parties to the Convention accounting in total for at least an estimated 55 % of the total global greenhouse gas emissions have deposited their instruments of ratification, acceptance, approval or accession with the Depositary.

On 5 October 2016, the threshold for entry into force of the Paris Agreement was achieved.

The Paris Agreement will enter into force on 4 November 2016.

Criticisms about Paris Agreement
According to a study published in Nature on June 2016, current country pledges are too low to lead to a temperature rise below the Paris Agreement temperature limit of “well below 2 °C”.
Even a UNFCCC report had observed that even if all the pledges made by 197 countries that are signatory to the Paris pact were fulfilled, it would be insufficient to meet the conservative goal of keeping global temperature rise within the 2 degree Celsius threshold.

Most of the agreement consists of “promises” or aims and not firm commitments.

The starting point of $100bn per year remains under 8% of worldwide declared military spending each year.

Since the only mechanism remains voluntary national caps on emissions, without even any guidance on how stringent those caps would need to be, it is hard to be optimistic that these goals are likely to be achieved.

There is only a “name and shame” system or a “name and encourage” plan and the ‘contributions’ themselves are not binding as a matter of international law.

Must embrace the Paris Agreement’s ambitious target of limiting warming to 1.5 degrees Celsius

The Paris Agreement calls for concerted action to hold the increase in global average temperature to less than 2 degrees Celsius above the pre-industrial levels.

The fact is that change is occurring at a faster rate than we believed when the Paris Agreement was forged.

It means that we must embrace the Paris Agreement’s more ambitious target of limiting warming to 1.5 degrees Celsius and achieving net-zero greenhouse gas emissions by 2050 at the latest.

This required renewed understanding of the policies and actions required to stay within a lower target.

Half a degree reduction may seem really small, but in terms of the impacts on ecosystems, geophysical cycles and diverse life forms on earth, this is a substantial difference.

The Intergovernmental Panel on Climate Change (IPCC) has therefore undertaken the task of preparing a special report on the impacts of a warming of 1.5°C above pre-industrial levels and the global response needed to achieve these.

The limiting warming to 1.5 °C is not yet a geophysical impossibility. But this requires continuing to strengthen pledges for 2030, deepening the mitigation targets rapidly and deeply, and based on the current conditions in global discussions and national targets.

Article 14 of the Agreement provides the details on the targets, taking stock and reviewing them and the progress made towards long-term goals.

The first such stock-taking covering all aspects such as mitigation, adaptation communications, and support for implementation is expected to take place in 2023, but meetings to prepare for this have already begun and have to conclude by 2018.

COP22 at Moroccan
Conference of parties on climate change under the banner of UNFCCC held at the Moroccan city of Marrakech from November 7 to 18 to discuss the implementation of the Paris Agreement.

Here at Marrakech:
The countries participating in COP22 have decided should be completed by 2018, with a review of progress in 2017.The Paris Agreement was a complete document that set out the overarching goals and framework for international climate action. But setting out the details is a longer process. Few of the loose ends left by the Paris Agreement were completely tied up in Marrakech. Instead, the process was one of defining the issues at stake and outlining what kind of documents and workshops will be needed to make sense of them by the 2018 deadline.
Climate Finance was the core issue to be discussed at the Conference and the aim was to find ways and means to integrate national commitments to actual policies.

Challenges from COP 22
Not much progress was made at Marrakech on raising the $100 billion a year that is intended to help the developing nations and the lack of consensus still prevailed.

The US government may transfer a share of its financial commitments to the private sector and this will be just as problematic as private funding will be profit oriented and erratic.

No support for India on two concepts of “Climate Justice” and “Sustainable Lifestyle” which it wanted to introduce.

The concept of Adaptation did not find much popularity at the conference.

The pledges made so far are well short of the intended targets, and even if they are all implemented, a minimum rise of 2.9°C is forecast by the UN Environment Programme (UNEP)

The money pledged at Marrakesh is about 150 million dollars and is a drop in the ocean against the target of raising 100 billion dollars a year by 2020.

What are challenges ahead to COP23?
This is the first COP after the United States pulled out of the Paris Agreement and the implications of this at a global platform are likely to become more evident.

Several states and cities within the U.S. along with thousands of businesses and celebrities have used this chance to initiate voluntary actions across the country. America’s Pledge, an initiative that is expected to report on the efforts of U.S. states, and sub-state entities to reduce greenhouse gas (GHG) emissions and the Regional Greenhouse Gas Initiative (RGGI) of the nine north-eastern states has proposed another 30% drop in power plant emissions from 2020 to 2030.

Moreover, it has been reported that a U.S. delegation will in any case attend the Bonn COP and all Paris agreement related meetings until 2020, while other major signatories have reaffirmed their commitment to the Paris agreement.

Nevertheless, there is speculation whether the formal withdrawal of the U.S. would alter the stance taken by Europe, Australia, and large countries at the COP and what role, if any, the U.S. would play behind the scenes.

According to earlier reports from the UN and other groups, the NDCs, when added up, fall short of what is needed to keep global temperature rise below 2°C and will likely take us about a degree higher.

Further, most NDCs are conditional — they depend on financial and technological support from rich countriesfor their full implementation.

Carbon dioxide and methane are increasing faster than a decade ago and that efforts being made now at the global and state levels are not enough.

It is also evident that the political conditions prevalent today are less favourable to renegotiate the Paris Agreement.

Since the planet and its inhabitants will still have to deal with the impacts of climate change, our only hope is to see a greater readiness on the part of all nations to compromise on their erstwhile hard positions, and sincerity to make progress in reducing emissions and building climate resilience in their development.

Way forward
The meeting in Bonn comes at a time when it is no longer sufficient to maintain the momentum. A call on governments at all levels, NGOs, the scientific community, the business community, labour organisations and all of civil society to join at COP23 in a grand coalition is the need of the hour to save our Earth and the people and other living things that call it home.

Expected Questions
Define Climate Change and critically analyze the outcomes of the UNFCCC COP 22 held at Marrakech, highlighting their importance in fulfilling the commitments made at the Paris Agreement.