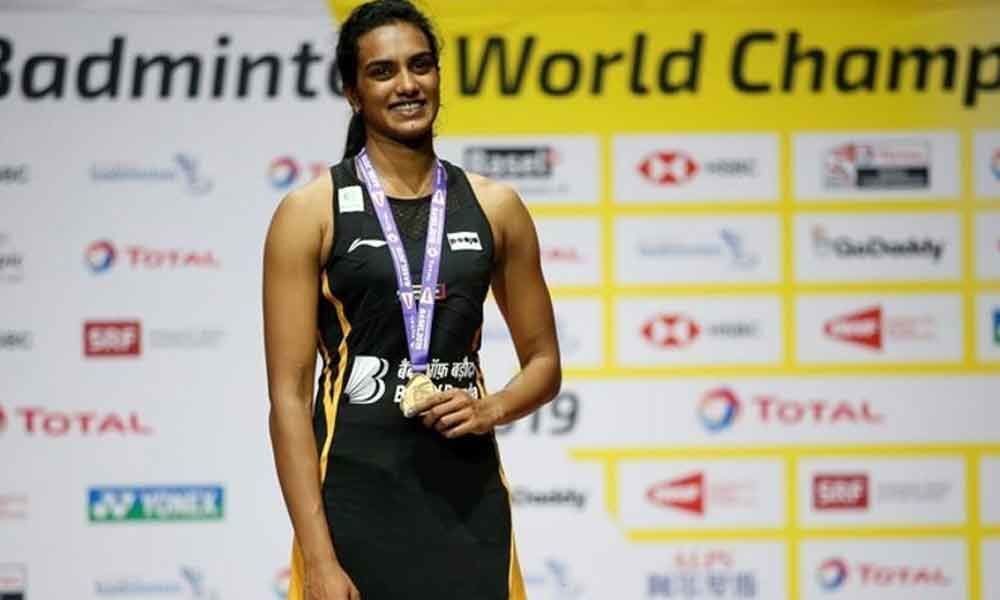 Both Sindhu and Gopichand will be meeting Prime Minister Narendra Modi and Union Minister of Youth Affairs and Sports, Kiren Rijiju today.

New Delhi: As shuttler PV Sindhu became the first Indian to win gold at BWF World Championships, her coach Pullela Gopichand on Tuesday lauded the feat, saying it is indeed a great feeling.

"Well, it's a great feeling. To have the tag of being the World Champion is phenomenal. Having reached multiple medals, two bronze, two silver, the wait for gold was long but this medal is indeed very special," Gopichand told reporters after arriving in India.

Sindhu had earlier won silver and bronze medals at the tournament, but on Sunday she was finally able to get the monkey off her back by winning gold.

"I have seen Sindhu grow as an athlete from a young age. I have never thought about criticism as an issue. The game is competitive and you need to keep improving. You have to ensure there are no mistakes in your game," Gopichand said.

The coach said he has no idea about the biopic, but added that he would be happy if Akshay plays him on the silver screen as he is a great admirer of 'Khiladi Kumar'.

"I love Akshay. If he's doing it, it's fantastic. I admire him," Gopichand said.

Both Sindhu and Gopichand will be meeting Prime Minister Narendra Modi and Union Minister of Youth Affairs and Sports, Kiren Rijiju today.

After her win, Sindhu arrived in India early Tuesday morning and she was seen thanking her fans for their support and said that she wished to win "many more medals for the country."

"I wish I'll get many more medals for this country. I would like to thank all my fans. It is because of their blessings and love that I am here today," she told ANI at the Indira Gandhi International Airport.

"A great moment for me. I am really very proud to be an Indian," she added.

Sindhu became the first Indian to win a World Championships gold medal by defeating Japan's Nozomi Okuhara 21-7, 21-7 in the finals of the tournament on Sunday.

On Monday, she took to Twitter to express her emotions and feelings after achieving the feat and said that she failed to hold back her tears while witnessing the Indian flag go up on the venue amidst singing of the National anthem.

"I could not hold back my tears when I saw the Indian flag and heard the National anthem playing. Words can't express my feelings about yesterday's win at the World Championship," she tweeted.

I could not hold back my tears when I saw the Indian flag 🇮🇳 and heard the National anthem playing. Words can't express my feelings about yesterday's win at the World Championship. Had been preparing for it for so… https://t.co/5UsuN4kWT0

The 24-year-old further stated that she had been preparing for so long and thanked her parents, coaches, and trainer for the victory.