Jhye Richardson to be fit before World Cup, scan reveals no bone fracture or damage 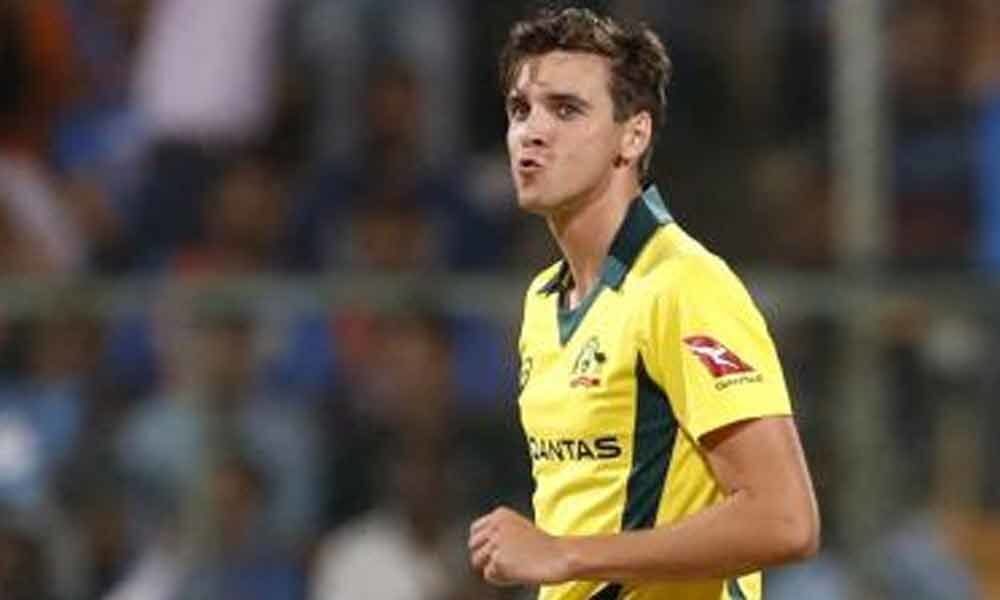 Jhye Richardson’s hopes of playing at the Cricket World Cup have received a boost after scans on his injured shoulder ruled out any bone damage or fracture for the young Australia fast bowler.

Sydney: Jhye Richardson's hopes of playing at the Cricket World Cup have received a boost after scans on his injured shoulder ruled out any bone damage or fracture for the young Australia fast bowler.

The 22-year-old completed only half his quota of overs in Sunday's second one-day international against Pakistan in Sharjah before he was forced off the field having dislocated his bowling shoulder when trying to save a boundary.

Richardson, who had been considered a certainty for Australia's World Cup squad, sat out the rest of the match with his arm in a sling and was sent home immediately for scans.

"The scans demonstrated the usual soft tissue damage we expect following a dislocation but fortunately has excluded any bone damage or fracture," Richard Saw, Australian men's team doctor, said in a statement on Thursday.

"We are hopeful that Jhye will not require surgery but he will see a shoulder specialist early next week for a further opinion. We will be able to provide an update in respect to next steps once we have all the information on the table."

The right-arm paceman has had a strong season during which he made his test debut and also established himself in the 50-overs side.

"Everyone in the Australian camp is hopeful, I'm hopeful and in high spirits," Richardson was quoted as saying by Cricket Australia website cricket.com.au. "I'm not ruling out the World Cup at this stage, that's definitely not an option.

"It's all about getting the shoulder right at this stage.

"JL (Coach Justin Langer) said he's pleased with how I've been going about my business, I was really satisfied with how I played in India and going into the Pakistan series as well I was happy with the way I was playing.

"The shoulder injury is unfortunate, but these things do happen and I'm eager to bounce back quickly."

Australia will defend their 50-over World Cup title in England and Wales from May 30.