Mishra's dismissal for obstructing field is only second in IPL history 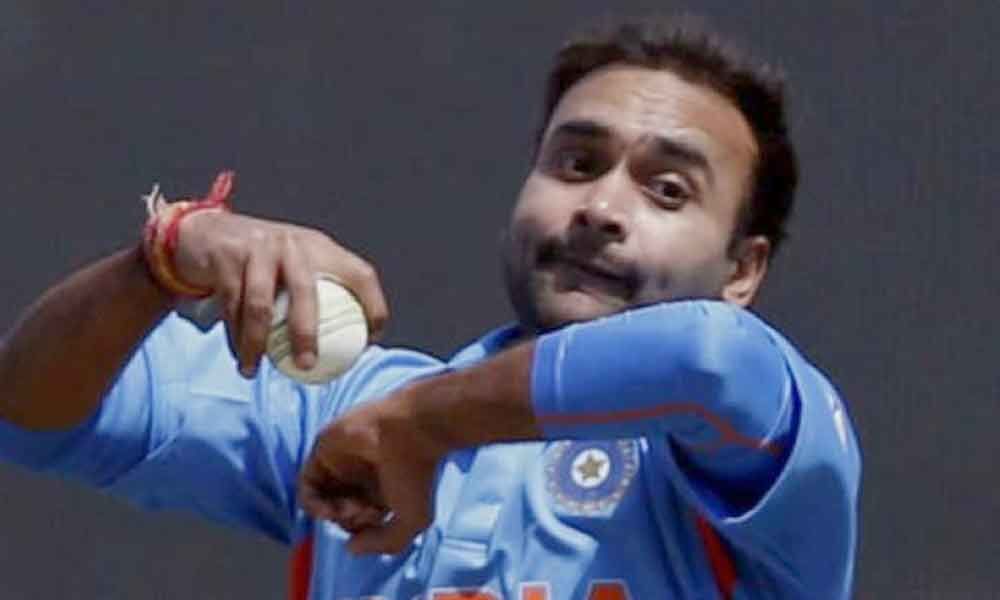 Before this, Yusuf Pathan was given out for obstructing the field in a match between Kolkata Knight Riders and Pune Warriors in 2013.

Visakhapatnam: Spinner Amit Mishra has become only the second cricketer in the history of IPL to be declared out for obstructing the field after he blocked Khaleel Ahmed' stump view towards the end of the Eliminator between Delhi Capitals and Sunrisers Hyderabad.

Mishra was adjudged out for obstructing the field in the final over of the innings with Delhi needing two runs off three balls. He appeared to change the direction while running for a quick single and pacer Ahmed picked up the ball, turned around to aim for the stumps but only to hit the batsman's back.

Delhi won the tense game by two wickets to set up a date with Chennai Super Kings in Qualifier 2 here on Friday.

Before this, Yusuf Pathan was given out for obstructing the field in a match between Kolkata Knight Riders and Pune Warriors in 2013.