Blessed to have a long career: Paes 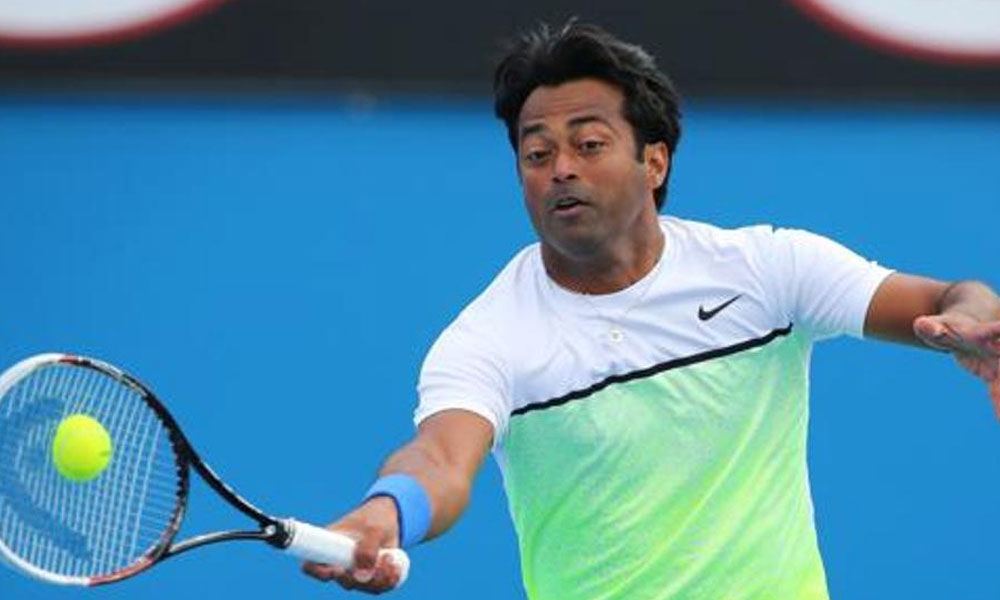 Around for 30 years in the professional circuit, Indian tennis star Leander Paes feels "blessed to have such a long career", having won 18 Grand Slam doubles titles and accumulated close to 1000 racquets.

Paris: Around for 30 years in the professional circuit, Indian tennis star Leander Paes feels "blessed to have such a long career", having won 18 Grand Slam doubles titles and accumulated close to 1000 racquets.

Just two weeks before his 46th birthday, Paes won his opening round men's doubles match alongside France's Benoit Paire at the French Open here. "I've been around for 30 years, I've been around a long time. I've seen 12 generations. I've seen guys like (Pete) Sampras here, I've seen guys like (Pat) Rafter," Paes said after his French Open first round match. "Tennis has been a beautiful journey for me, I've been very blessed to have such a long career. Especially here, to win this four times." Four French Open doubles titles since starting his journey in 1989, Paes' victims have included a young Roger Federer in Indian Wells qualifying.

"I have a collection of close to 1,000 racquets. I have Rod Laver's, I have a lot of the champions' -- Federer, Nadal, (Novak) Djokovic, Andy (Murray), (Martina) Navratilova I played with a lot. Serena, Venus, Hingis...Wooden ones going back to Bjorn Borg's. My first racquet, I have," he revealed. With an eye on his fifth title at the Roland Garros, Paes said he has no intentions of retiring anytime soon, especially with Tokyo Olympics scheduled next year.

"It (Tokyo Olympics) is a long way away. I've already got the world record at the Olympics. Now to push it up one more would be amazing. But I've got a lot of hard work to do between now and then because it's almost 15 months away -- I'm not counting though," Paes, who won a singles bronze at the 1996 Atlanta Olympics, said. He has already appeared at seven Olympic Games, more than any other Indian and any other tennis player. Paes' father also won an Olympic bronze medal in field hockey in 1972. The veteran player said sometimes even the best players in the world are bewildered by his longevity. "I think in the locker room I have this respect.

I was just coming back and Rafa (Nadal) and Uncle Toni (Nadal's former coach) were walking in and Uncle Toni was like, 'Leo, you're 46?' I said 'Oui'. You played for the first time at Roland Garros in 1989 (juniors)? In 1989 you played?'. I said 'Oui'. 'I saw you won the first set, did you win?' 'Oui'. He said 'woah, it's incredible. "'Hey Rafa, 46 years old and he's still playing and winning'. "For me, this is beautiful, because Rafa is one of the greatest of all time. Toni is one of the great tennis minds of all time.

And to have the relationship I have with all the players, to have the respect from all the locker room, it takes many years of hard work." Paes said he has added more power to his serve in only the last two years to keep up with the youngsters. "The game has evolved so much that I've reinvented myself maybe 11, 12, 13, 14 times. I've just come from the gym. I played a match, and now I've just come from the gym to do my work, because for me, if I play, I play to be the best in the world, to win," he said. "I play for fun, but I play to win. To play against guys who are 20 years younger than me is not easy."