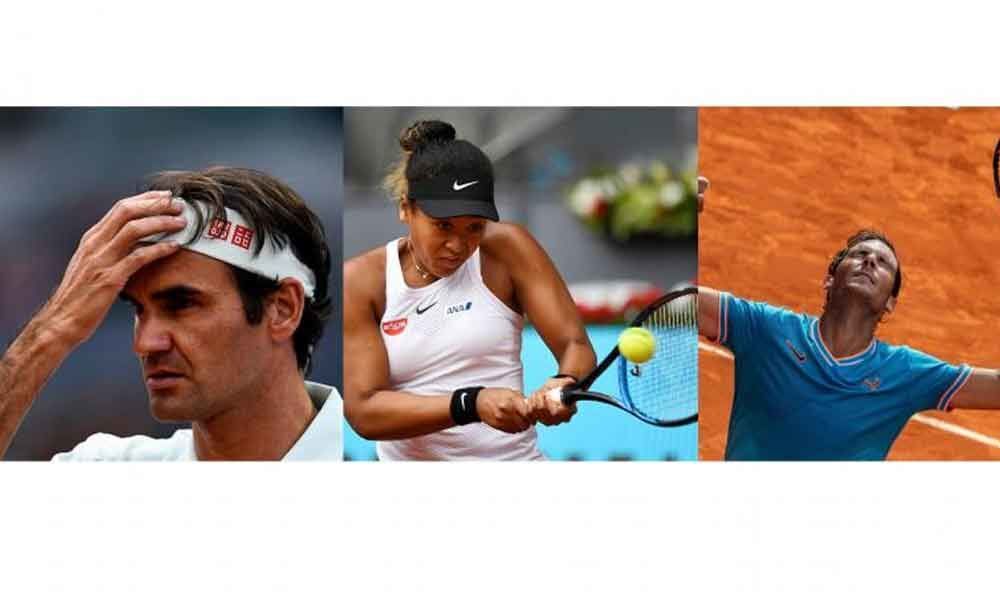 Ferrer, 37, announced earlier in the year he would end his 19-year career at the Madrid Open.

Madrid: Rafael Nadal made a dominant start to the Madrid Open with a comfortable 6-3 6-3 win over Canadian teenager Felix Auger Aliassime on Wednesday to reach the last 16 while unseeded Laslo Djere knocked out Juan Martin del Potro 6-3 2-6 7-5.

Stefanos Tsitsipas, Kei Nishikori and Stan Wawrinka all advanced to the last 16 with straight-sets wins as did Alexander Zverev, who beat home favourite David Ferrer 6-4 6-1 in the last match of the Spaniard's career.

Ferrer, 37, announced earlier in the year he would end his 19-year career at the Madrid Open and prolonged his time on court by a day by beating Roberto Bautista Agut on Tuesday, but was easily overpowered by world number four Zverev.

He won 27 singles titles, reaching a career high ranking of third in the world in 2013, which was also when he reached his only Grand Slam final, losing the French Open showpiece to Nadal.

Kei Nishikori was made to work for his last-16 place but eventually saw off Bolivian Hugo Dellien 7-5 7-5, to set up a match against Stan Wawrinka, who beat Argentine Guido Pella 6-3 6-4.

Nadal, a five-times champion in Madrid, is looking to win a first claycourt title of the season before he begins his French Open title defence after exiting the Monte Carlo Masters and Barcelona Open at the semi-final stage.

He will face Frances Tiafoe of the U.S. in the last 16.

"Every match gives me the possibility to go a step forward, a step forward that can help me a lot in my game and during the season," Nadal said.

"I think that today was an important match in that way and tomorrow it's another great opportunity to keep improving my feelings."

World number one Naomi Osaka delivered an improved display to reach the quarter-finals of the Madrid Open on Wednesday, beating Aliaksandra Sasnovich 6-2 6-3 while Petra Kvitova and Simona Halep also made it into the last eight.

Osaka had a hard-fought three-set win over Sara Sorribes Tormo in the previous round but had a smoother match against Sasnovich, who she had brushed past 6-0 6-0 on route to her U.S. Open triumph last year.

The Belarusian showed a little more resistance this time and Osaka was forced to save two break points on her way to taking the first set and comfortably saw out the second to set up a meeting with unseeded Belinda Bencic of Switzerland.

"I think I played well today. But I knew that I had to because I've played her twice before already and it was on hard court and then I didn't know what to expect today so I tried to stay as focused as I could," Osaka told reporters.

"I'm in a really good place right now. I feel like I'm having fun playing tennis again which is always a good thing and I always play well if I have that mentality."

Kvitova, Madrid champion in 2018, beat France's Caroline Garcia 6-3 6-3 to set up a re-match of last year's final with Kiki Bertens in the quarter-final.

Halep, champion in 2016 and 2017, will meet Ashleigh Barty of Australia after thrashing Viktoria Kuzmova 6-0 6-0, losing only 12 points in the entire match which she described as her best-ever performance.

"I think it was the best match that I have ever had. I remember once I won 6-0 6-0 in 2016 in Bucharest, the final but it's the best match and I'm happy with the way I played," the Romanian said.

Sloane Stephens beat Zheng Saisai of China 3-6 6-3 6-2 and will meet Petra Martic, who earned a second walkover in a row when her compatriot Donna Vekic retired in the third set of their match. Martic was leading 3-0 in the third, after losing the first set 4-6 and winning the second 6-3.