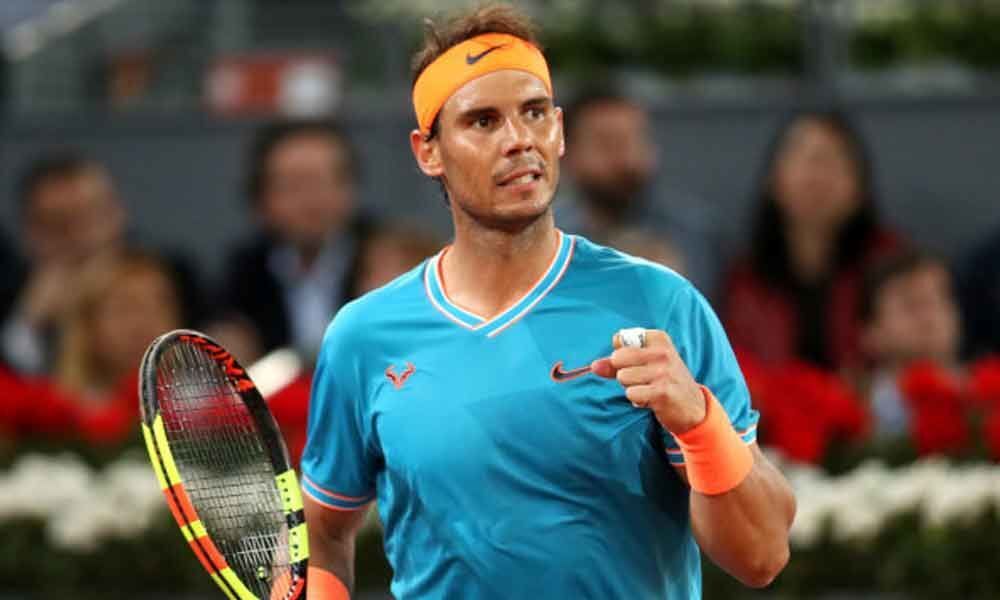 The 17-time Grand Slam winner Nadal was at his dominant best against Wawrinka, displaying his trademark aggressive play on the clay court.

Madrid: Rafael Nadal on Friday progressed to the semi-finals of the ongoing Madrid Open by defeating Stan Wawrinka 6-1, 6-2, while Dominic Thiem stunned Roger Federer in the quarter-finals with a 3-6, 7-6(11), 6-4 win.

As a result of this win, Nadal would play his record 70th Association of Tennis Professionals (ATP) Masters 1000 semi-final and look to extend his record number of trophies at the elite level to 34.

"It was a very positive match. I'm very happy with the way that I played and in general terms, it was a great performance. I'm happy, it was an important moment for me and I'm really happy to be through this way," ATP quoted Nadal as saying.

Meanwhile, Federer was left shocked as he was outclassed by Thiem in a match that stretched on for two hours and 11 minutes.

"The test today was huge and tomorrow is a different game, of course, but I was playing Novak last year, and two years ago, and he was not at his best, I guess. Now he is again. He's won the last three Grand Slams and he is at the top of the ATP Ranking again. So the challenge couldn't be bigger. I'll try to keep up my good momentum which I have now and give my best again," ATP quoted Thiem as saying after the match against Federer.

The 17-time Grand Slam winner Nadal was at his dominant best against Wawrinka, displaying his trademark aggressive play on the clay court and he didn't give the former World number three any chance in the match and defeated him comfortably.

On the other hand, the fifth-seeded Austrian Thiem saved match points at 7/8 and 9/10 in the second set tie-break and carried the momentum into the deciding set with a service break against Federer.

Thiem, by registering a win against Federer, will now look to extend his eight-match winning streak against World number one Novak Djokovic.

Thiem will take on Novak Djokovic in the semi-finals of the Madrid Open whereas Nadal will face Stefanos Tsitsipas.