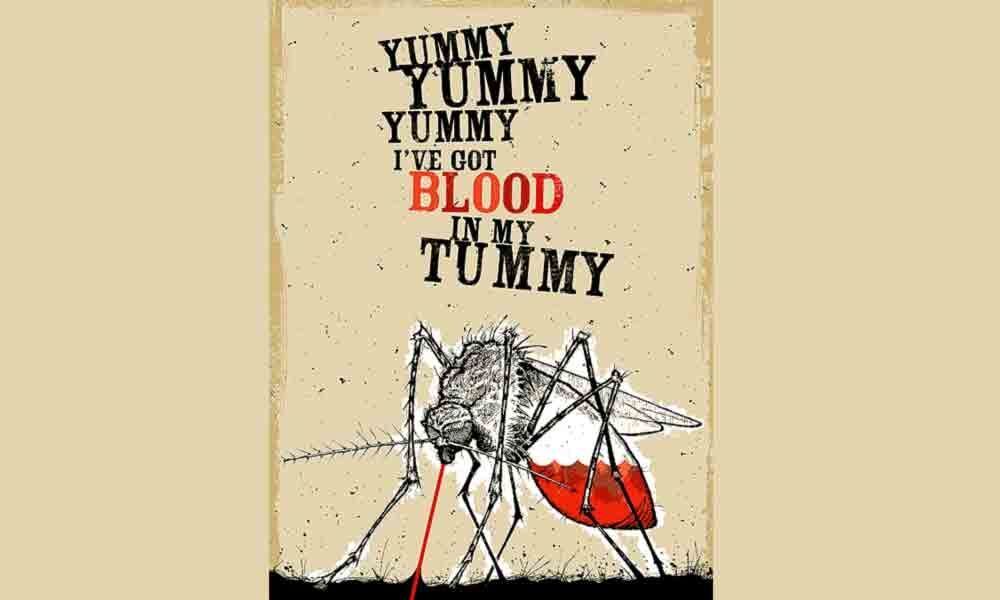 As soon as the sun sets, residents are in a panic state and start taking measures to keep the mosquitoes from invading their houses. As many as 120 cases of dengue and 71 cases of malaria were reported in the West Zone in August.

Surendra Revanuri, a resident of Matrusri Nagar Colony, shared, "Our colony is opposite Miyapur metro station. We have Meedhikunta Lake behind our colony. Sewage from all residing colonies around the lake has been dumped into this lake this causes a lot of mosquitoes menace, water contamination, and bad odor. We have raised numerous complaints with concerned GHMC authorities and local MLA to do regular fogging and spraying. Every one assured to help but nothing is happening on a regular basis."

Kiran Reddy, the Assistant Entomologist (West Zone), said, "The fogging is being carried out in three circles Kondapur, Serilingampally and Gachibowli where fogging is done fortnightly once in every 15 days after 6 pm in the evening and larva protection spraying is done once every week."

He further adds, "Entire area is affected by mosquitoes. Dengue and malaria cases have become a common phenomenon. Fogging happens but not regularly in our area and we have to call the entomology department for fogging in our area. Larva production spraying is the need of the hour in the accumulated water pits. Mosquitoes number hasn't come down and fogging is totally ineffective in the whole of KPHB Phase-4 & Phase-5 is badly affected."