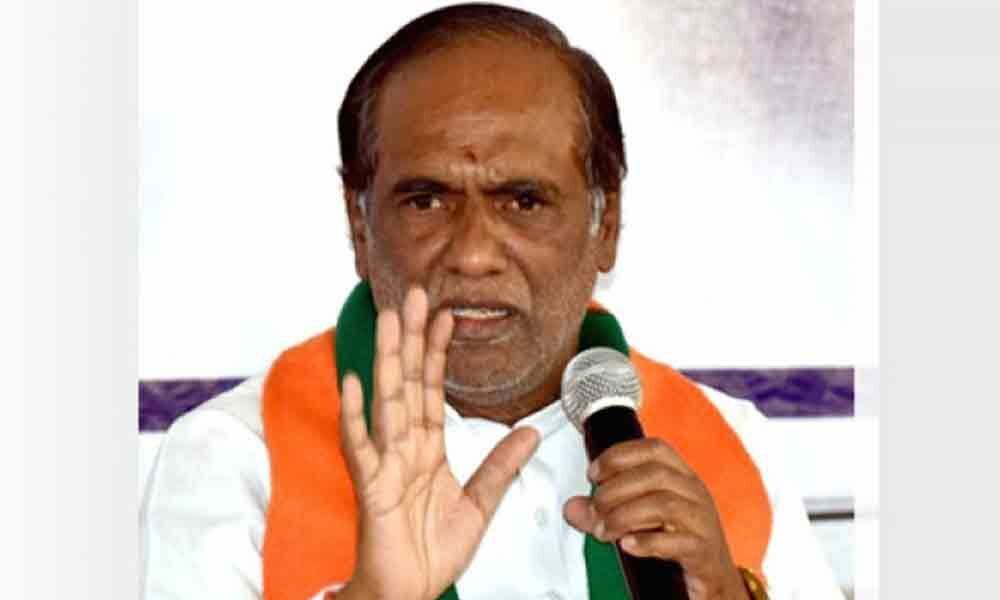 Hyderabad: Welcoming the Union Budget -2019 presented by Union Finance Minister Nirmala Sitharaman on Friday, State BJP president K Laxman said, "It is the first Union budget ever presented by a woman, that too from the Telugu States, which, reflects chalking out a road map to fulfil the aspirations of the 130 crore people of the country."

Addressing media here on Friday, he said the budget recognised the needs of the common man and focused on the improvement of the living standards of the village poor.

Besides, the Union Budget has given importance to the urban residents and middle- class and farmers. In line with the Economic Survey – 2019, the budget focuses on the savings, investments and exports to giving top priority to the agriculture and industrial sectors.

Under the housing for all as per the vision of the Prime Minister Narendra Modi, Laxman said, the middle-class have given a tax exemption of relief from 2.5 lakh to 3.5 lakh and it proposed to construct two crore housing units for the poor under Pradhana Mantri Awas Yojana.

However, people in Telangana are not able to get these benefits as the TRs government under Chief Minister K Chandrashekhar Rao has been diverting the PMAY funds to its failed scheme of double bedroom houses, he pointed out.

Providing Rs 5,000 over the draft facility and one lakh unsecured loan to every member of the Self-Help Groups (SHGs) would further give a fillip to the empowerment of women, as already 70 per cent recipients of Mudra Yojana loans are women.

The proposal to establish 10,000 farmer's production centres are a part of the Modi's vision to make agriculture profitable by 2020.

That apart, support to the artisans, fishermen, pension to the unorganized sector will benefit a considerable segment of people.

Improvement of the basic amenities in the villages and proposal and proposals to spend Rs 80,250 crore for the PMGSY under III phase would further strengthen the rural road connectivity.

The BJP leader said filing of income tax returns is made easier further to file returns with Aadhar. The transparent and easy procedures have brought 8.80 crore people under the tax net.