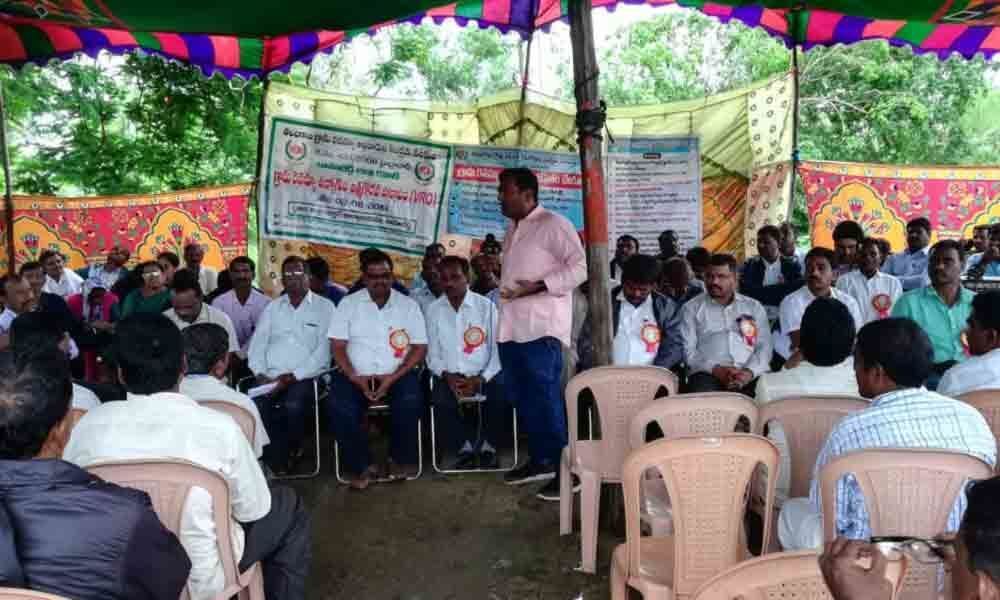 D Manikyam demanded the government for increasing the salary of part time Village Revenue Officers from Rs 10,000 to Rs 25,000 and also to set up village revenue office in every village. He asked special accommodation to be provided to women VROs.

VRO district general secretary Deshpande Ravi and treasurer Gurrapu Ashok asked the government to increase the number of posts in revenue department to accommodate the increased workload. D Ravi said that VROs should be promoted as junior assistants according to 80:20. He also demanded an additional remuneration for employees, who are working as in-charge.