10 injured in clash between YSRCP, TDP workers in Andhra Pradesh 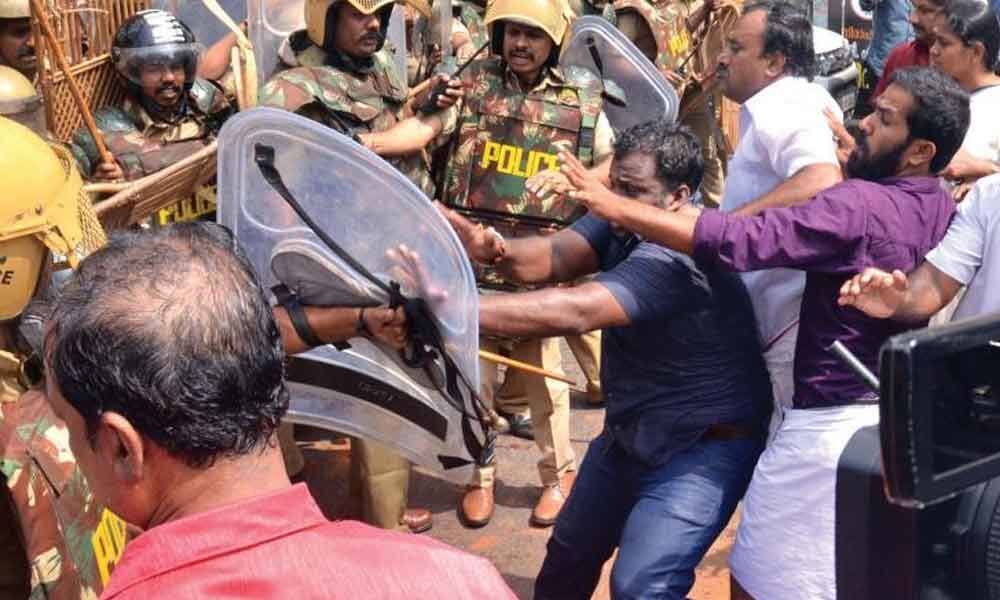 No action has been taken against anyone as accused have not been identified so far, the police said.

East Godavari: Ten workers of the ruling YSR Congress and Telugu Desam Party were injured in a post-poll clash at a village in East Godavari district of Andhra Pradesh on Sunday.

The injured were admitted to a hospital here.

"Situation in B Kothuru village is tense after the Assembly election results. Workers of TDP and YSRCP came face to face on Sunday evening. A total of ten people were injured in the clash belonging to both parties," Pithapuram Rural Police Station Sub Inspector PVR Murty said.

Two separate complaints have been filed by the groups against each other.

In the first case, a case was registered under Sections 341 (punishment for wrongful restraint), 324 (voluntarily causing hurt by dangerous weapons) and 307 (attempt to murder) read with Section 34 (criminal act is done by several persons) of the Indian Penal Code (IPC) against eight members of the opponent group.

No action has been taken against anyone as accused have not been identified so far, the police said.

Chief Minister Jagan Mohan Reddy-led YSR Congress bagged 151 out 175 Assembly and 22 out of 25 Lok Sabha seats in the polls, wresting power from N Chandrababu's TDP for the first time after the bifurcation.