400 school managements yet to renew Fitness Certificates in city 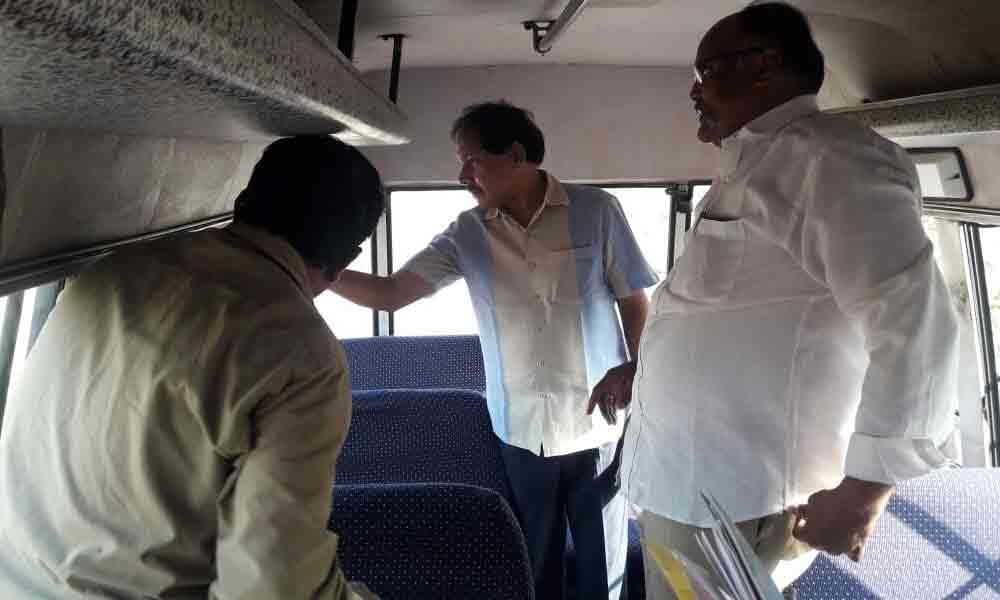 With the reopening of schools, road transport officials get down to their business and crack the whip on erring school managements that operate buses without obtaining Fitness Certificates (FC).

Visakhapatnam: With the reopening of schools, road transport officials get down to their business and crack the whip on erring school managements that operate buses without obtaining Fitness Certificates (FC).

"In Visakhapatnam district, 2,141 school buses have to renew their FCs by May 15. However, 400 are yet to obtain FCs," Deputy Transport Commissioner S. Venkateswara Rao told The Hans India. Notwithstanding the Road Transport Authority (RTA) deadline, some educational institutions continue to run a fleet of buses with impunity, showing negligent attitude towards school-going children and operating the buses which are not totally fit.

Many loopholes were spotted by the RTA officials during their raids in the recent past as buses were being run without first-aid box, permit and drivers were being appointed without licence. Apart from checking the FC validity online by logging on to the website: www.transport.org, keying in the bus registration number, Venkateswara Rao shares his WhatsApp no: 9848171102 to report any discrepancies of school management in maintaining the fitness of the buses.

"The department will continue its checking process. So far, 11 buses were seized in the past three days," he adds. Meanwhile, parents lament that the school managements evince interest in admissions rather than the safety of children and lay emphasis on stringent action against erring managements.