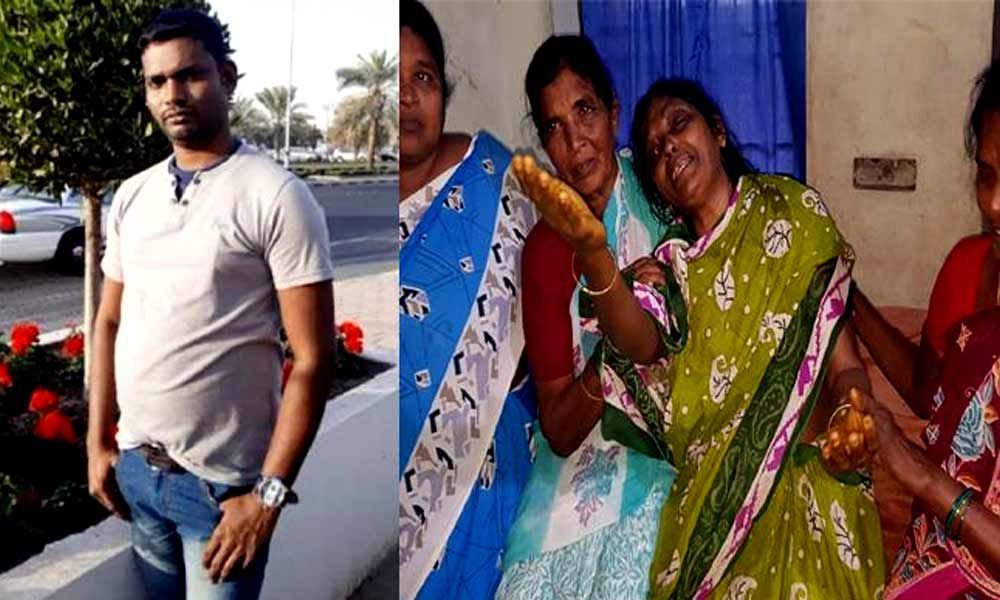 Razole: In an incident, a young man belongs to Sivakodu village in Razole mandal of East Godavari district who went to Kuwait to help his family...

Razole: In an incident, a young man belongs to Sivakodu village in Razole mandal of East Godavari district who went to Kuwait to help his family financially have committed suicide on November 3.

The deceased identified as Mohan Kumar (30). His roommates in Kuwait have made a video with his pics as he failed to pay the chit amount and posted it on the TikTok app, which went viral.

Over this, Kumar become disturbed and committed suicide by hanging himself at his residential complex. A week later, his body has reached Sivakodu on Sunday. With the sudden death of Mohan, his mother Vijaya Kumari and other family members expressed deep shock.

Mohan went to Kuwait two years ago and worked at an iron shop. He stayed in a room along with friends and joined a chit group for 2,000 Dinars (Rs 4.60 lakh). As he failed to repay the chit amount, his friends Durga Rao and Madhu posted a video using his photos that he went missing without paying money, report them if he is seen anywhere and posted it on TikTok, which has gone viral. Recently, Mohan called his mother Vijaya Kumari that he'll be coming to India in a month. On seeing her son's dead body, she went into deep shock.