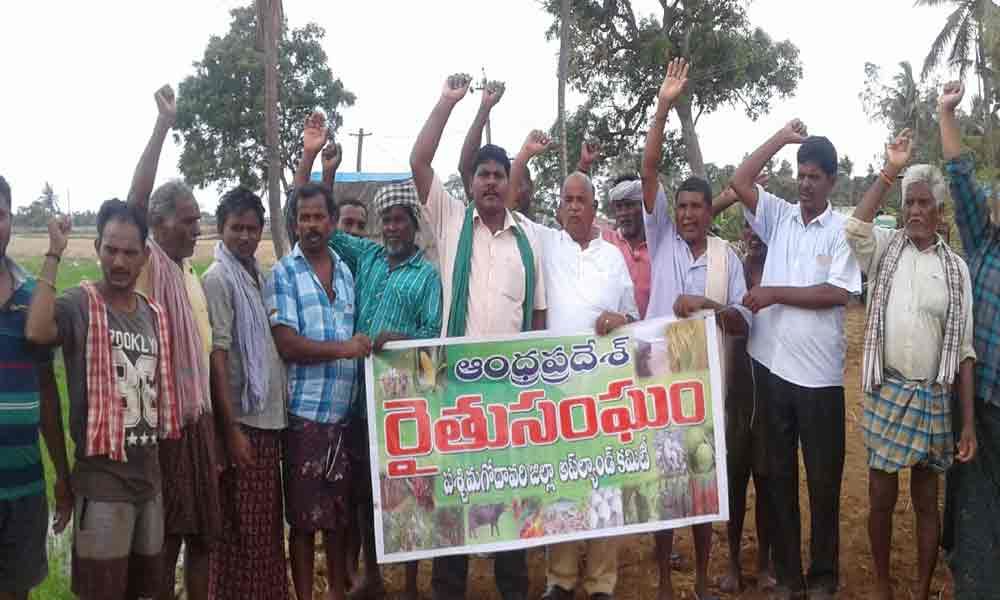 armers under the banner of AP Rythu Sangham staged ‘rasta roko’ demanding that the government make payment of arrears for rabi crop purchased by them here on Wednesday.

Unguturu: Farmers under the banner of AP Rythu Sangham staged 'rasta roko' demanding that the government make payment of arrears for rabi crop purchased by them here on Wednesday.

The farmers said that it would be difficult for them to go ahead with farming activity in Kharif unless the government clears paddy dues to the tune of Rs 516 crore.

Speaking on the occasion, the sangham district secretary K Srinivas said that the dues from millers and commission agents for the paddy purchased crossed Rs 1,000 crore. The interest on the investments of the farmers was increasing steadily forcing the farmers to stay away from farming during kharif, he said.

The poor farmers have been finding it difficult to get fresh loans to start the farming works. It is high time the government release the arrears immediately to free the farmers from the financial crunch, he added.