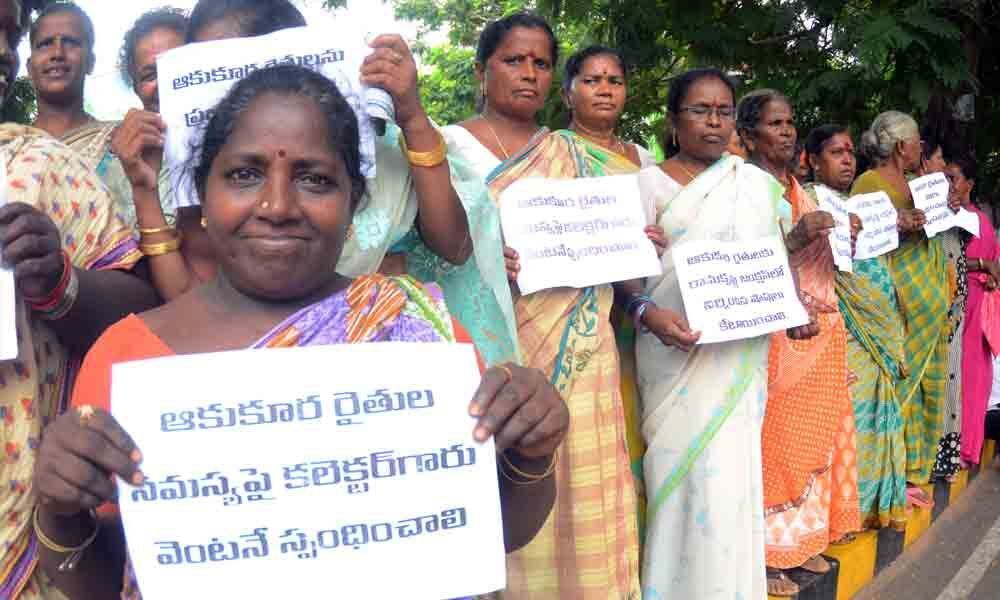 x
Farmers staging a protest near Collectorate in Visakhapatnam on Monday. Photo A Pydiraju
Highlights

About 52 farmers staged a protest at the Collectorate, demanding permanent stalls for them near One Town Area.

Visakhapatnam: About 52 farmers staged a protest at the Collectorate, demanding permanent stalls for them near One Town Area. They appealed to District Collector V Vinay Chand requesting to facilitate them dedicated counters at Rama Krishna Junction, One Town Area. The farmers, who sell green leafy vegetables, said that they were not given the facility though they have been selling vegetables in the same area since 2000. According to farmer M Subbarao, the farmers were meeting MLAs and politicians repeatedly for the same purpose. However, he said, no action had been initiated in this regard so far.