Good work swings results in favour of TDP in city 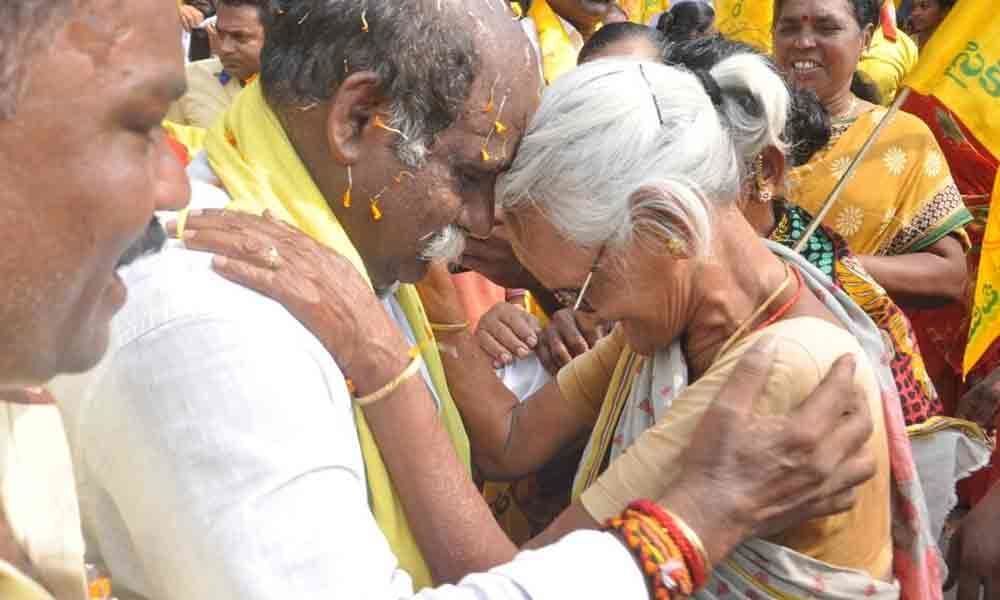 The Vizag city voters, particularly in East, West, South and North gave a different mandate despite the YSR Congress Party wave continued in the entire state.

Visakhapatnam: The Vizag city voters, particularly in East, West, South and North gave a different mandate despite the YSR Congress Party wave continued in the entire state. The city voters in the four Assembly segments elected TDP candidates as their MLAs in the new Assembly for next five-years.

Even though the YSRCP candidates had defeated all the TDP heavyweights across the state, V Ganesh Kumar from South, Velagapudi Ramakrishna Babu from East, Ganta Srinivasa Rao from North and P V G R Naidu from West in the city were elected as MLAs from the TDP. Even there are several allegations against V Ganesh Kumar, Ramakrishna Babu and P V G R Naidu in the past five years, they have done remarkable development works in their segments.

In fact, the MLAs have successfully supervised all the government welfare programmes including Pasupu-Kumkuma from their camp offices and also maintained close relations with their strong vote banks. Ganta Srinivasa Rao, a different politician and every time changing his constituency, also won the election from Visakhapatnam North segment. Even he was facing several serious allegations, Ganta Srinivasa Rao won the election defeating his nearest rival K K Raju of YSRCP.

"Yes, it is not a party wave, it is only the candidate's charisma only. Velagapudi, Ganesh and P V G R Naidu done a lot of works in their segments and maintained good relations with the people. Ganta Srinivasa Rao's strategy worked very well in bringing YSRCP senior leader Tynala Vijaya Kumar who is having lavish contacts in the segment. Tynala Vijaya Kumar's influence helped a lot in Ganta Srinivasa Rao's victory," a senior TDP leader analysed.