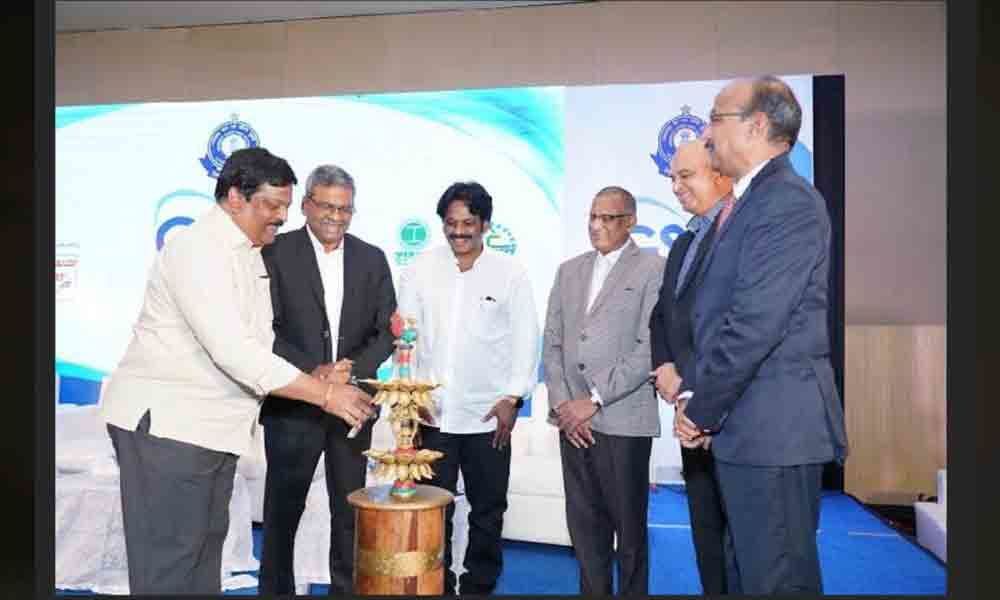 Tax base in Andhra Pradesh shows 24 per cent rise with over 4.38 lakh GST taxpayers till date.

The zone has been in the forefront in sanctioning and disbursing refunds to taxpayers.

Visakhapatnam: GST revenue for Visakhapatnam Central GST Zone showed a growth of 31 per cent at Rs 14,099 crore in 2018-19 against Rs 8,088 crore last year. The tax base in Andhra Pradesh has shown a 24 per cent rise with over 4.38 lakh GST taxpayers till date.

As part of second anniversary celebrations of the GST Day, Chief Commissioner of Central Tax and Customs B Hareram highlighted how the GST turned into a game changer for the Indian economy.

At a programme organised by the Visakhapatnam Central GST Zone, Hareram said the zone has been in the forefront in sanctioning and disbursing refunds to taxpayers. He stated that Rs 991.19 crore has been sanctioned as refunds towards accumulated ITC and excess cash deposits.

Apart from return filing compliance that came around 82 per cent, Hareram said export related refunds of Rs.867.63 crore was sanctioned at the zone.

In order to facilitate the trade and industry, 45 GST Seva Kendras were operating in Visakhapatnam zone. A dedicated helpdesk for MSME sector was also in place at Autonagar.

About 21 officers of Visakhapatnam zone, who have been rendering tireless service were awarded with commendation certificates on the occasion.