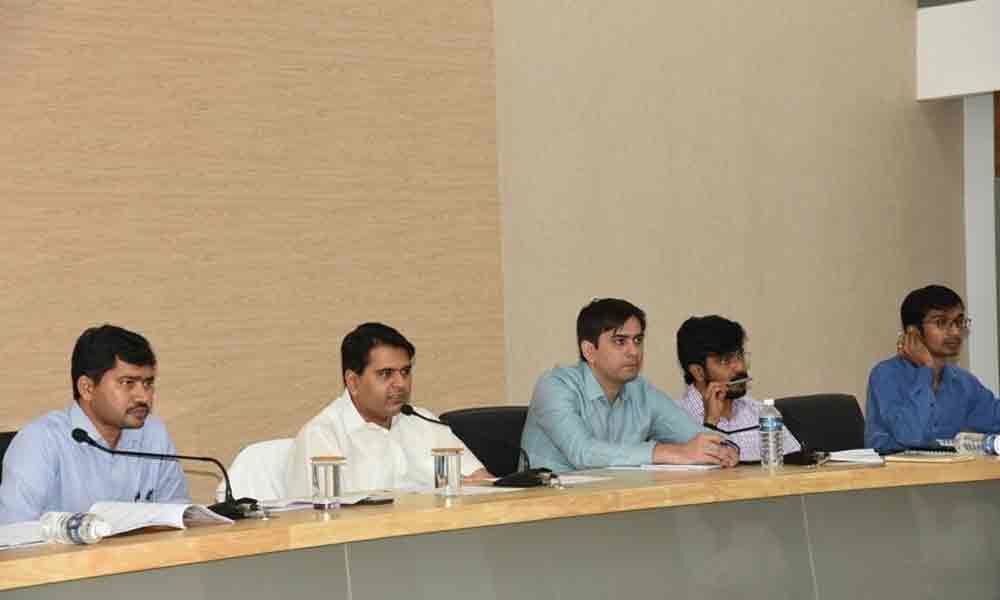 The official machinery should be alert, equipped with required material, to meet any eventuality during natural calamities like floods and cyclones, said East Godavari Collector Kartikeya Mishra.

Kakinada: The official machinery should be alert, equipped with required material, to meet any eventuality during natural calamities like floods and cyclones, said East Godavari Collector Kartikeya Mishra. Addressing Cyclone Mitigation Committee meeting at Collector's office here on Tuesday , he said that the district is prone to cyclones and floods. Officials have to take precautionary measures to prevent major losses, he said.

In this connection, Kartikeya Mishra directed the officials to check all ferry points in the district and to install flexi boards to educate people and to check the condition of the country boats, boats and crafts ,including their capacities at different places. The Collector also directed the Tahildars to check the cyclone shelters in the coastal areas to make them fit for occupation in case of need.

The collector directed the flood stores of irrigation department ready with required material and the APEPDCL to keep conductors and poles ready ,.Kartikeya Mishra also directed the concerned to make VHF sets available with mandal tahildars functional areas The collector also suggested for . Conducting meetings at divisional level by RDOs in the next three to four days on cyclone precautions.

A Mallikarjuna ,Joint Collector ,who reviewed the cyclone preparedness directed the Irrigation department officials to identify the weak bunds of canals and to take immediate steps to protect them from floods .