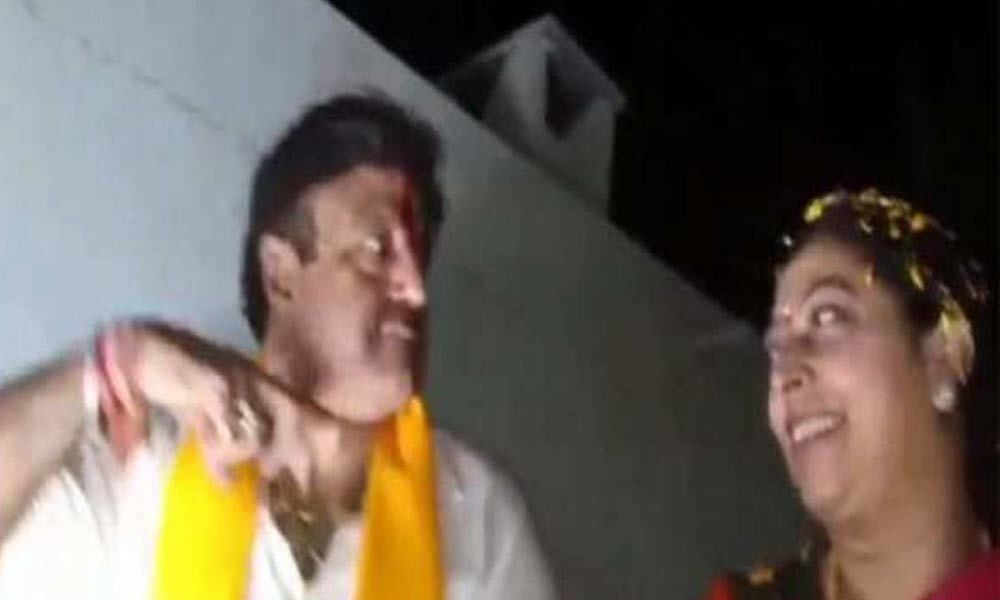 Hindupur: The Telugu actor and TDP Hindupur MLA candidate Nandamuri Balakrishna is again in the controversy, this time for threating TDP activists during the election campaign.

During the roadshow in the constituency, Balayya has reacted with his movie dialogues. In the midst of hundreds of the party activists, Balakrishnan has created hulchul. This video has become viral over social media.

As the date of elections is closing near, Balayya has intensified the campaigning in the constituency. Along with his wife Vasundhara Devi, NBK has conducted the roadshow in a village in Hundupur Assembly segment on Wednesday.

Where one of the activists has raised a slogan that you'll win with thousands of vote majority, and another shouts that this time you'll get 60 thousand majority.

On hearing their slogans, Balayya reacted as if he is giving warning to the villain in the film. He said to his wife Vasundhara, who was by his side, that the throat of those who are creating hype should be cut down. As she doesn't know how to react, she was seen laughing.

In this meantime, one more activist shouts sir 60 to 70 thousand.. on hearing this Balayya asks his name, and threatens with the movie punches that I'll see you..cut your throat..finish you off. This entire conversion was recorded and later gone viral on social media.

From the time the election notification was released, Balakrishna was involved in the controversies. Recently has was in the news for his rude behavior with his own party activist Ravi Kumar.

Before that, he has hit a video journalist during the campaigning, later Balakrishna said sorry through a Facebook post.