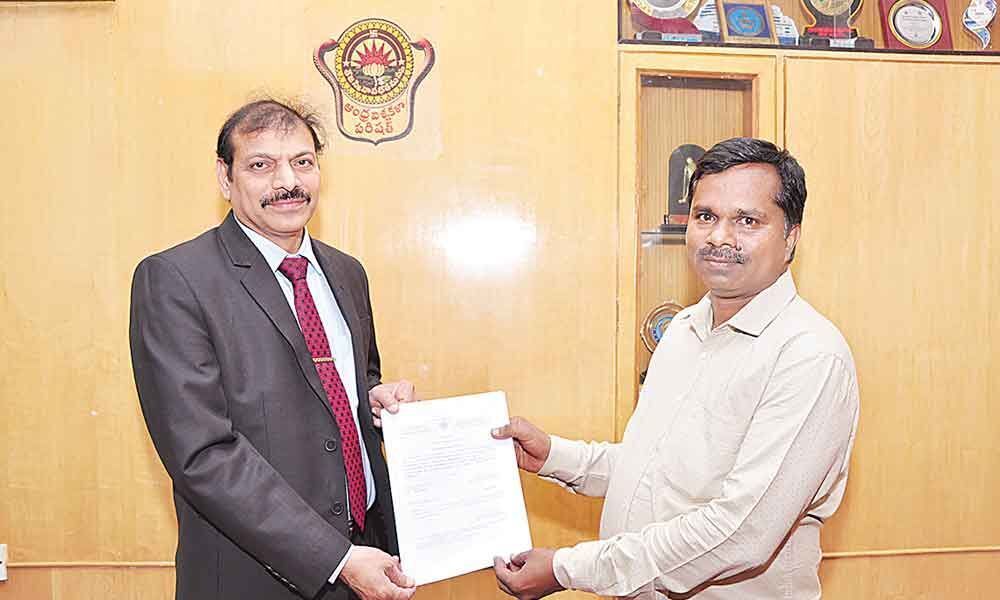 In the wake of impending energy crisis, vegetable oils have come as a promising source of fuel.

Visakhapatnam: In the wake of impending energy crisis, vegetable oils have come as a promising source of fuel. They are being studied widely because of their abundant availability, renewable nature and better performance when used in engines.

A scholar B Venkata Narayana has successfully proved that there will not be any side effects on diesel engines while using of methyl ester or karanja biodiesel. The performance of diesel engines is equal to engines being operated by the petroleum product of diesel.

For the research, Karanja oil methyl ester (kome) was mixed with diesel in different percentages including 10, 20, 30 and 40 per cent. The four different percentages of kome were prepared and tested as fuels in a single cylinder, four-stroke, water cooled direct injection (DI) diesel engine developing a power of 3.75 kw at a constant speed of 1,500 rpm.

Venkata Narayana has taken five years' time to complete his research. Andhra University, certifying his findings with the experts and issued Ph.D recently. During the study, optimal engine performance and emission conditions are investigated by using Taguchi design of experiments.

Orthogonal arrays of Taguchi, the signal-to-noise ratio and the analysis of variance (anova) were employed to find the optimal levels and to analyse the effect of operation conditions on performance and emission values, Venkata Narayana said.

"The confirmation tests with optimal levels of engine parameters were carried out in order to illustrate the effectiveness of Taguchi optimisation method. While load and compression ratio are found effective on emission parameters, significance level for compression ratio parameter have been found high for performance parameters.

It shows that the Taguchi method is suitable to solve problems of performance and emissions for diesel engines. In the near future, Karanja biodiesel oil is a suitable substitute of petroleum diesel as fuel, Venkata Narayana said.