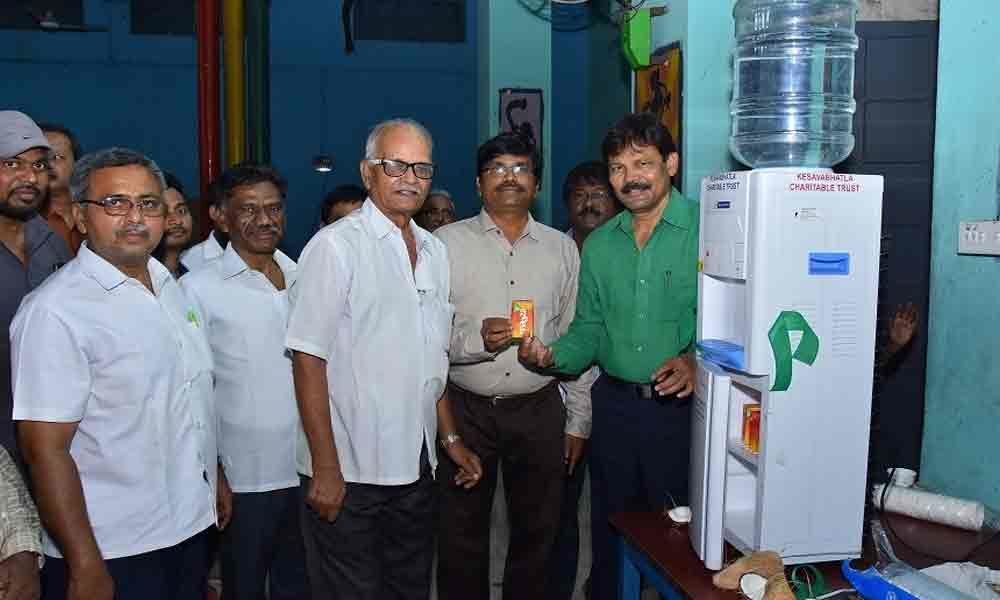 KCT chairman K Srinivasa Rao speaking on the occasion has said 725 members of the institute are facing problems due to lack of water cooler in this summer. He further said the cooler was donated in the name of his father Kesavabhatla Adinarayana, former 'A' grade railway driver. Srinivasa Rao has said plans are afoot to distribute 254 water coolers to various institutions in the city.