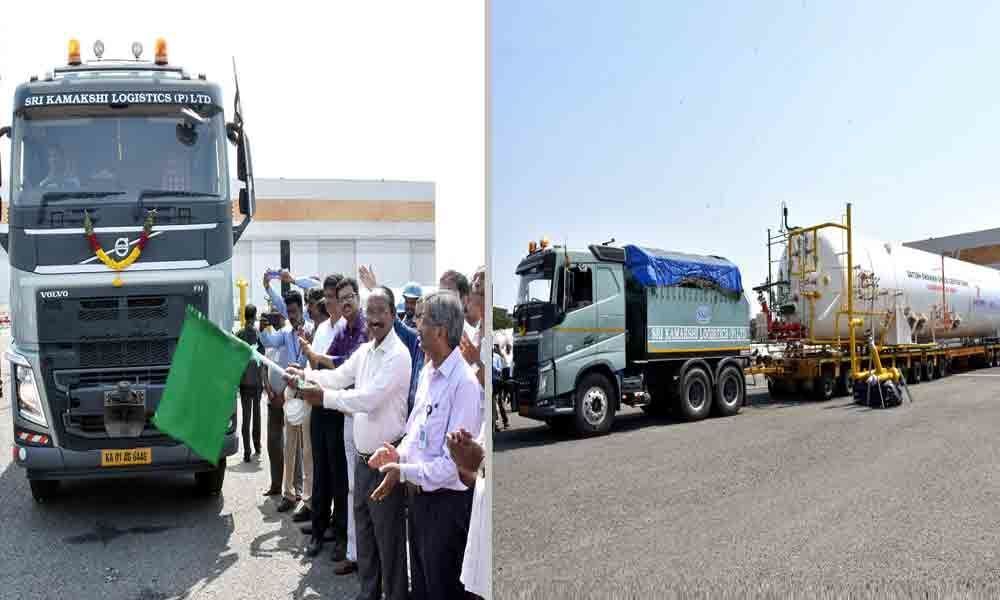 Addressing the gathering, Dr Sivan has congratulated the VRV team and other teams for indigenously realising such an advanced version of the liquid hydrogen storage tank. He considered this as only a beginning for their cooperation and suggested VRV to come forward to undertake the fabrication works of onboard tanks of rockets.

VRV Asia Pacific manufactured the storage tank with a liquid nitrogen (LIN) shield, in a collaborative effort with Satish Dhawan Space Centre (SDSC) SHAR, under Make in India initiative. The storage capacity of the tank is 120 kilolitres. Liquid hydrogen is used as fuel for satellite launch vehicles. VRV Asia Pacific Pvt. Ltd., a Chart Group of company, designs and manufactures cryogenic equipment from its factory located in Sri City.