No funds from TD government to Necklace project 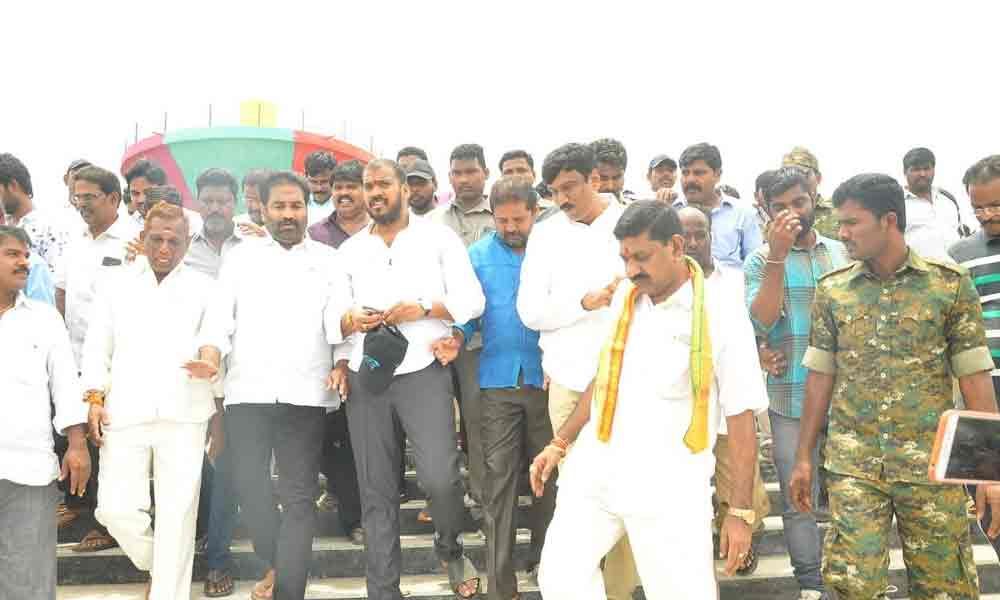 Irrigation Minister Dr P Anil Kumar Yadav said that the previous government hadn't allocated any funds for the prestigious Necklace Road project and they utilised only support from the Centre.

Nellore: Irrigation Minister Dr P Anil Kumar Yadav said that the previous government hadn't allocated any funds for the prestigious Necklace Road project and they utilised only support from the Centre. He stated that the Central government had sanctioned Rs 30 crore for the project under the Atal Mission for Rejuvenation and Urban Transformation (AMRUT) scheme.

Anil has visited the project site along with Nellore Rural MLA K Sridhar Reddy and senior officials on Thursday and said that they would complete the works soon allocating huge funds with quality. "The then Telugu Desam government had not sanctioned any funds for development of the project.

The leaders handed over works to a Hyderabad-based contract agency without considering basic requirements. Contract agency had taken up works with no quality. We have also questioned on the irregularities in project during Telugu Desam government," said the Minister.

MLA K Sridhar Reddy thanked the Minister Anil Kumar Yadav for inspecting the works and instructing the officials to complete the project soon. He also announced that he would take the responsibility of monitoring the project works hereafter.

Further, the Minister appealed to the visitors to bring notebooks and slates instead of bouquets and shawls saying students studying in municipal schools in city would get at least 5-6 books with the support of visitors. Deputy Mayor Mukkala Dwarakanath, Corporator NM Yadav and others were present.