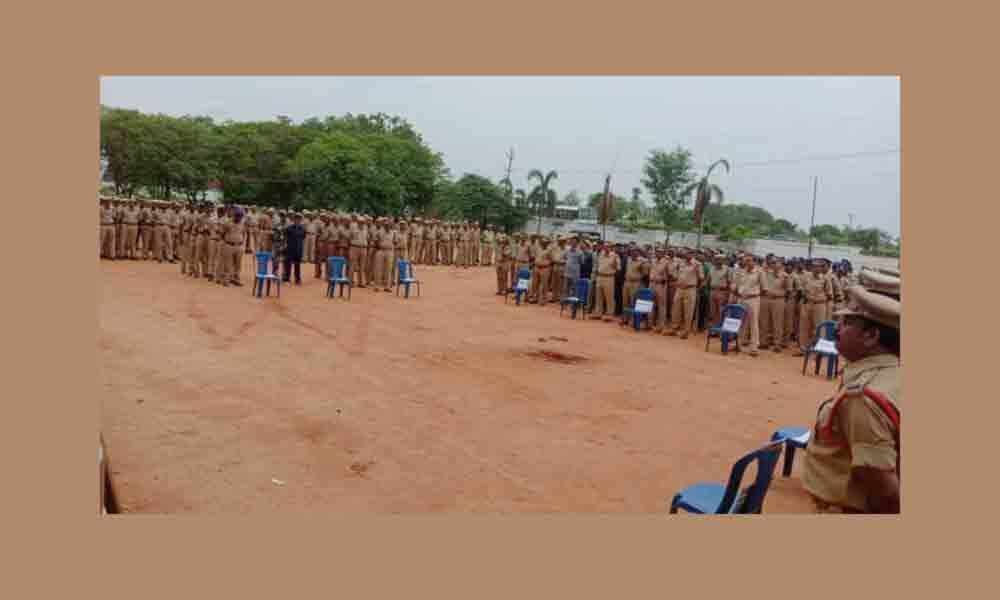 x
Police force gathered opposite ANU in Guntur on Monday in view of MRPS call for ‘Chalo Assembly’ on Tuesday.
Highlights

Urban SP PHD Rama Krishna made it clear that there is no permission for ‘Chalo Assembly’ proposed by MRPS founder president Manda Krishna Madiga on July 30.

Guntur: Urban SP PHD Rama Krishna made it clear that there is no permission for 'Chalo Assembly' proposed by MRPS founder president Manda Krishna Madiga on July 30. He recalled that Section 30 of Police Act and Section 144 were already in force near the Assembly surroundings.

He warned that if anybody tries to create law and order problem, the police will take stern action against them and book the cases as per law. He added if anybody damage the government properties, they will act against them as per sections in law. He said they have already deployed additional forces to check the untoward incidents and added over 1,000 police force was ready to jump into action.

The police officials set up check-posts and checking the vehicles. Rama Krishna urged the people to furnish information regarding the movement of suspects to dial 100.

The police department is using drones, body worn cameras, CC TVs to track the movement of suspects and take stern action against those who violate the Section 144 and Section 30 of Police Act.