One washed away in floodwater; 3,622 shifted to 15 relief camps 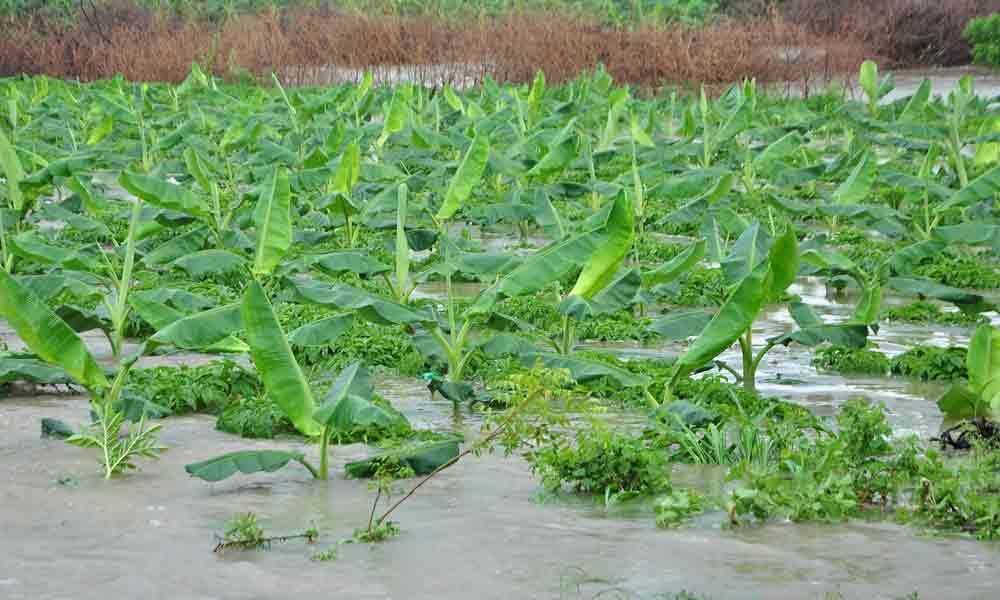 Following release of flood water from Pulichintala Project, Shaik Saida (21) was washed away in the flood water in NS Right Canal in Piduguralla mandal.

Guntur: Following release of flood water from Pulichintala Project, Shaik Saida (21) was washed away in the flood water in NS Right Canal in Piduguralla mandal. As many as 3,622 were shifted to the 15 relief camps set up in the district. The revenue officials arranged meals and drinking water packets to the people at relief camps. So far 30 medical camps are set up.

According to official reports, 12 villages are inundated and 53 villages affected in Guntur district. Crops such as cotton, chilli, paddy and maize were damaged in 4,905 hectares. Similarly, horticulture crops like banana, yam, vegetable gardens were inundated in 13,100 hectares in the district. According to un-officials reports, crop loss will be more. So far 537- houses were marooned.

Flood water inundated Dhyana Buddha Project at Amaravati, the project site is under the sheet of water. Agriculture fields like cotton, chilli, maize, vegetable gardens were submerged in the flood water in Amaravati, Krosuru, Machavaram, Achempet and Bellamkonda mandals in the district.