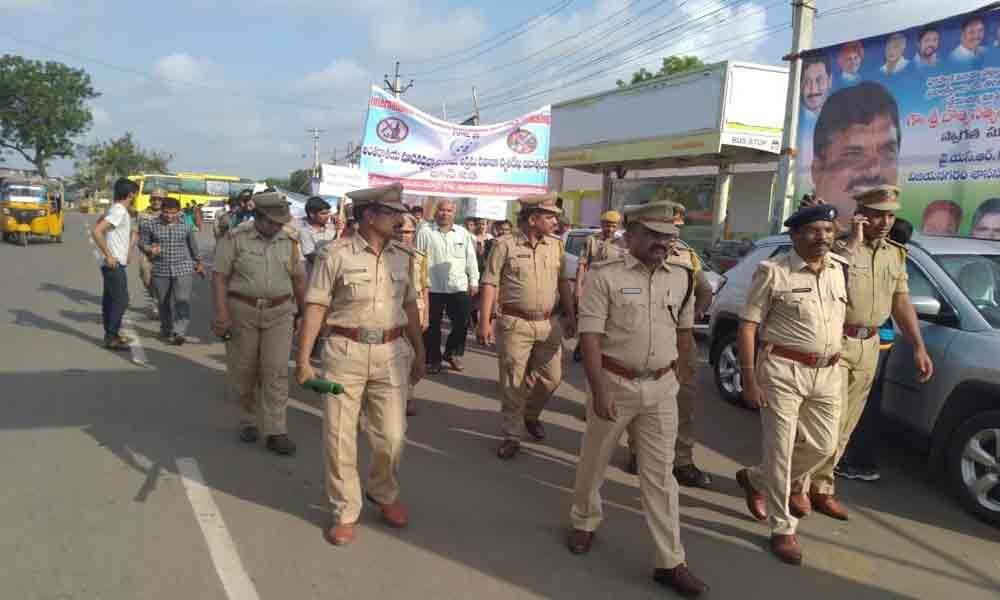 The district Excise and Prohibition staff has conducted an awareness camp for the students of Maharajah College on drugs abuse.

Vizianagaram: The district Excise and Prohibition staff has conducted an awareness camp for the students of Maharajah College on drugs abuse. On the occasion of International Day Against Drug Abuse

and Illicit Trafficking on Wednesday, the excise officials organised a programme and advised the youth, students to keep away from narcotics and drugs. Deputy Commissioner of Excise A Babji Rao, Excise Superintendent A Sambhu Prasad addressed the gathering along with excise staff and students.

They advised the students to don't spoil their lives by consuming the narcotics. They said that the students should take care of their career and character and they should not be attracted by the drug peddlers.

Later they instructed the concerned excise officers to control the transportation and selling of drugs at colleges and universities. Later they organised a rally in Vizianagaram and interacted with commuters and explained the importance of the Day.