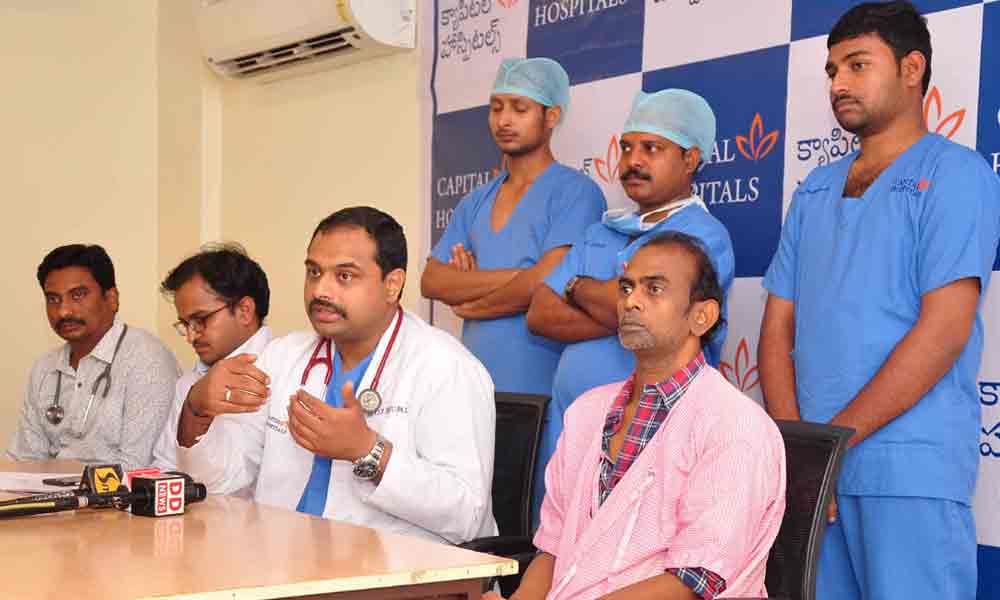 A rare and complex heart surgery was performed successfully on a 41-year-old patient at Capital Hospital.

Vijayawada: A rare and complex heart surgery was performed successfully on a 41-year-old patient at Capital Hospital. Speaking to the media on Saturday, cardiologist Bhopal said that G Udayashankar suffered heart problem last month and was rushed to nearby hospital. Later, the patient was shifted to Capital Hospital. After thorough check, stent was implanted by the doctors.

Later, the doctors identified ventricular septal defect (VSD), a hole in the patient's heart, which was a serious situation. The doctor said that in 90 per cent of cases, VSD will prove fatal. With the advance technology (ASO Lifetech Device), surgery was performed successfully and the VSD problem was rectified.

He further said that for the second time this unique procedure was done successfully in AP at Capital Hospital with the support of other doctors and nursing staff.