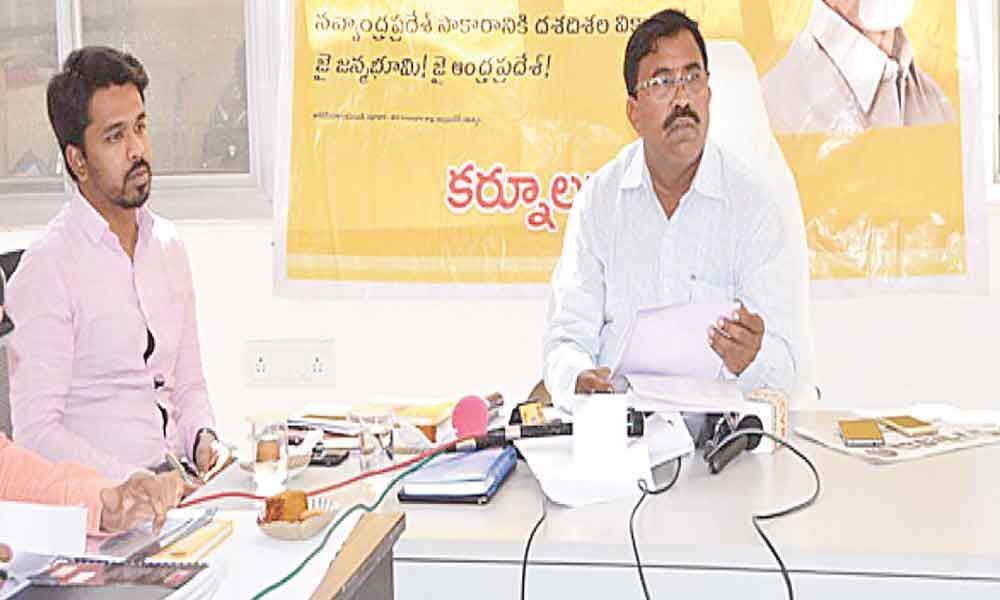 Kurnool: District Collector S Satyanarayana instructed the officials, teachers and staff of different organisations to strive to join school dropouts again into schools. He directed the officials concerned to initiate plans to make "Badi ki Podam" programme a grand success. He addressed a coordination meeting with the officials of Municipal Corporation, Education, SSA, MEPMA, ICDS and others at the Collector's office here on Saturday.

Addressing the meeting, the Collector said, it is very unfortunate that statistics have revealed that there are 22,458 school dropouts in the district. He ordered the Community Resource Persons (CRPs), Anganwadi and MEPMA to go door to door and join the dropouts in schools.

Staff have to convince the parents prior to joining the students in the government schools. A survey on dropouts is being done in the district, in view of that, identify the dropouts to join them in schools and make the programme a grand success, Satyanarayana stated.

He further advised the officials to find out the root cause of dropouts in Kurnool, Nandyal and Adoni. After identifying the root cause, he suggested them to solve the issue. The education and SSA departments have to take steps to form field teams. The Collector was not happy with the officials of Adult Education department.