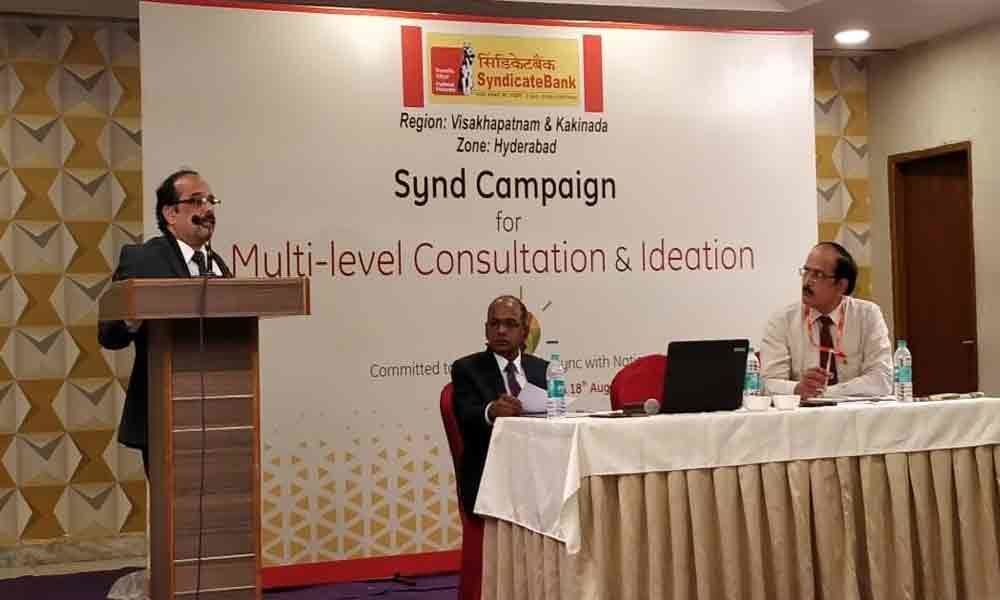 The objectives of the workshops is to provide bottom-up approach to stimulate the ideation process at the bank and the ideas aimed at optimising banking by increasing use of technology and aligning banking with the national priorities.

According to bank regional manager TV Krishna Mohan, all the staff of Visakhapatnam and Kakinada regions participated in the workshop held at Visakhapatnam on Saturday. Ideation and consultative process was initiated at branch level. Later, it was held at city level, region level, state level and finally national level.

Bank general manager KJ Prahlad said, "We are serious and dedicated at undertaking these ideation sessions as directed and brainstorming sessions also being held in all the branches where senior bankers were aimed at generation of ideas that keep national priorities and customer service as importance. The suggestions and ideas will be discussed with bank's core team to take a final decision."