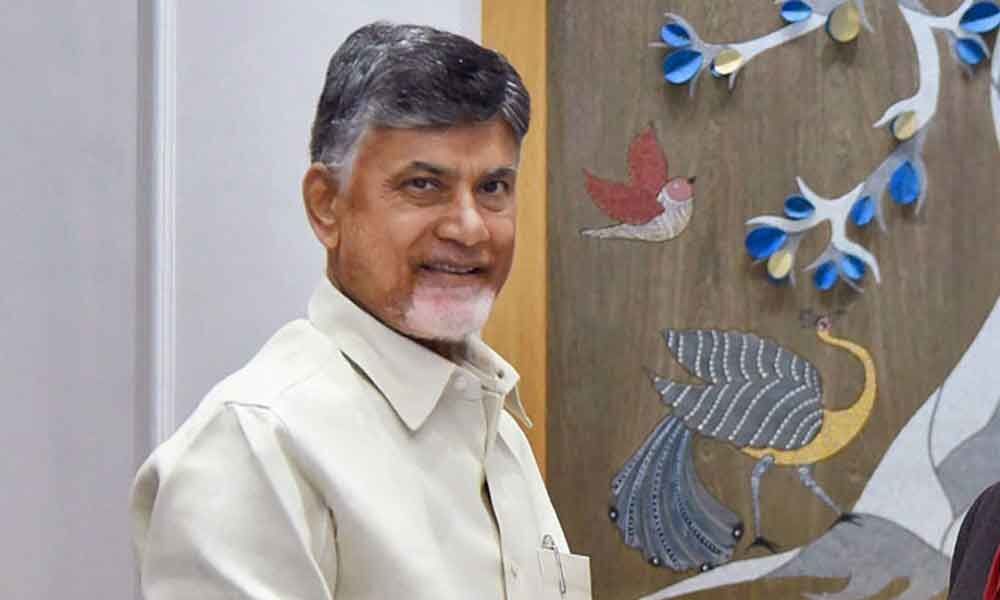 On the occasion of the birthday, CM Naidu will be meeting the party leaders, activists at CM camp office at Undavalli from 9 am to 10:30 am.

After that Chandrababu Naidu will reach Hyderabad and will attend a marriage function here in the city. Later he'll reach Tirupati by Afternoon.

In Tirupati, the Chief Minister will inaugurate the blood bank developed under NTR Trust Bhavan. The TDP leaders and party activists have taken their twitter to convey the birthday greetings to Chandrababu Naidu including PM Narendra Modi and YSR Congress Party chief YS Jagan Mohan Reddy.

Greetings to Andhra Pradesh CM, @ncbn Garu on his birthday. Praying for his long and healthy life.

Birthday greetings to the visionary leader @ncbn garu. Wishing you a healthy and prosperous life. #HappyBirthdayCBN

I'm the most fortunate to have watched you being the visionary & doer that the world knows while being a doting husband, father & grandpa who continues to hop & run with Devaansh like a 4-yr-old. Here's to a more energetic & enthusiastic you in the coming years, #HappyBirthdayCBN

A journey of an ordinary man becoming a global ICON and also a ROLE MODEL to us and generations to come...
neverthless to say its @ncbn ✅✅✅

The Man the leader the Visionary and crores of peoples confidence and future.
Happy Birthday - Andhra Pradesh CM Chandrababu Naidu garu 💐🎂🚲
Wish you many many more with Good Health and Happiness ✌️#HappyBirthdayCBN @ncbn pic.twitter.com/5PJJpDZWGT

Nara Chandrababu Naidu was born on 20 April 1950 at Naravaripalli in Chittoor district. His Mother name is Amanamma, father Kharjura Naidu.

He passed his BA in 1972 and did his PG in Economics from Sri Venkateswara University. Chandrababu Naidu, who was more active as a student leader, has made his political entry form the Congress party.

In 1978 for the first time, Naidu won as MLA from Chandragiri Assembly constituency form Congress. At the age of 28, he became Cabinet minister in the government of CM Tanguturi Anjaiah.

Later on, Chandrababu Naidu served as Chief Minister for undivided AP for two terms. After the state bifurcation in 2014, he again became the Chief Minister.

Recently on 11 April 2019 general elections have taken place in the state, and as TDP supremo, he is currently waiting for results.