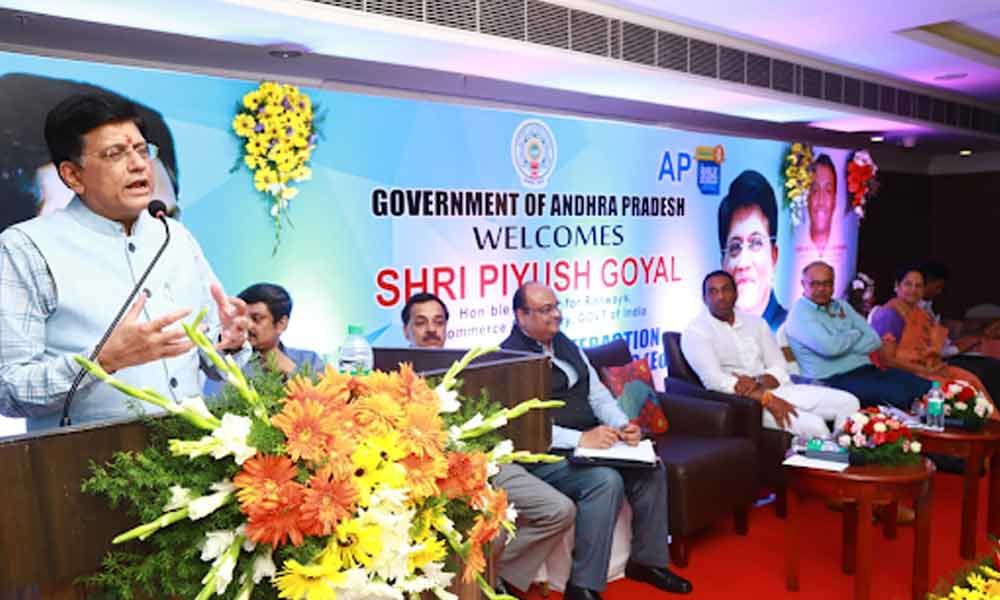 Tirupati: Union Minister for Railways nd Commerce Piyush Goel has reiterated NDA government's stand on Special category status to AP and said that the erstwhile government has politicised the issue which was not in the interests of the people of the State. He hoped the present government will think wisely in the best interests of the people on this issue. He held an interactive meeting with industrialists on ease of doing business along with the AP Minister of Industries M Gowtham Reddy and other officials in Tirupati on Thursday.

Goel has said that Two billion dollar investment will be coming up in the automobile sector in the country. Both central and state governments will be encouraging e vehicles in a big way. Certain areas like fisheries, tourism etc., Will be given a boost.